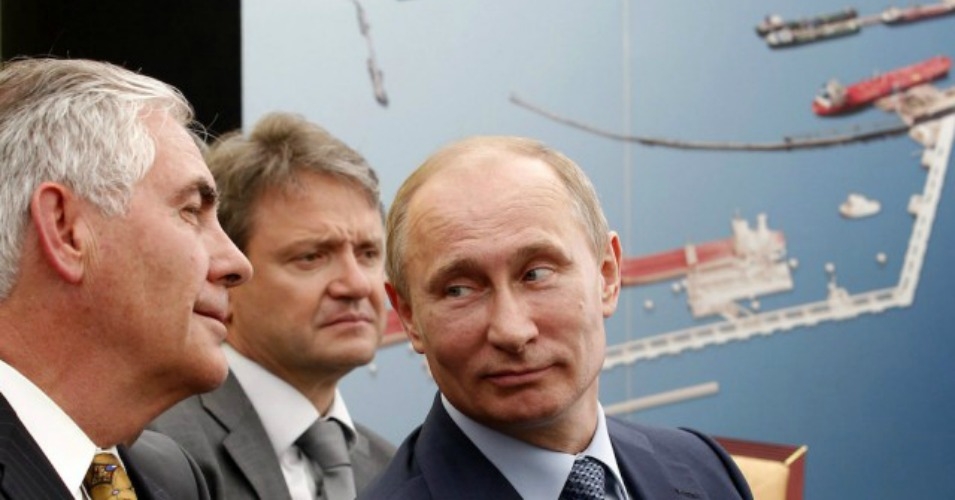 The American energy giant Exxon Mobil is trying to get a waiver from the US Treasury Department from the sanctions on Russia in a bid to continue working on its joint venture with the Russian state-run Rosneft. Exxon has been trying to get a permission to drill with Rosneft in a number of areas that are currently banned by the restrictions, especially in the Black Sea.

US Secretary of State, Rex Tillerson, is Exxon’s former CEO and in that role he forged close ties with Russian Vladimir Putin and Rosneft. He is recusing himself from any matters with regards to Exxon for two years and won’t be involved in decision-making regarding the company during this period. It is not clear whether the waiver was applied before Mr. Tillerson had joined the Trump administration.  A Treasury Department spokesperson said that they do not comment on waiver applications and an Exxon spokesman in turn added that they would not elaborate on government deliberations on sanctions.

The US sanctions directly target any dealings with Rosneft that include transfer of technology, thus banning US companies from deals in the Arctic, Siberia, and the Black Sea – all areas that demand the sharing of state-of-the-art technology. The sanctions were introduced after Russia had invaded Crimea in 2014. The application for the waiver is very likely to be scrutinized by members of Congress who are seeking to tighten sanctions on the Kremlin in response to what the White House says was its interference with the US elections last year. Congress is also launching investigation into whether President Trump was in contact with the Russian government during his presidential campaign.