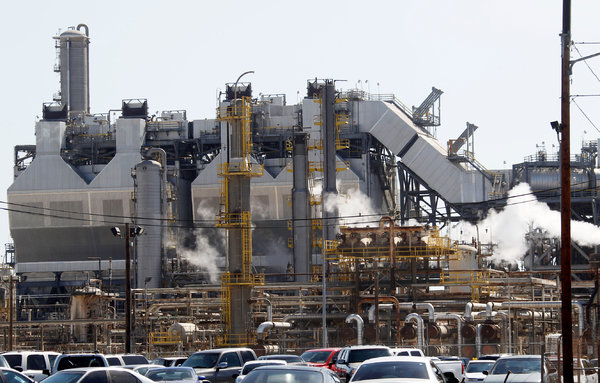 Exxon Mobil Corporation has opened a new joint-venture oil-by-rail terminal in Canada considered to be the largest in the country. The terminal will start shipping oil directly to Exxon refineries in Louisiana and Illinois in the United States by March. The new terminal also serves as a reminder that oil sands exports keep on rising despite the problems with pipelines. For instance, production from the Kearl field project is expected to go up ahead of the anticipated increase in demand later this year, precisely at the time when Exxon is hoping to move oil via pipeline, including the debatable Keystone XL Pipeline.

However, delays forced Exxon’s Canadian subsidiary Imperial Oil Ltd and pipeline company Kinder Morgan Inc to introduce plans a year ago to build the rail terminal in Edmonton, Canada. In August last year, both firms announced they would increase their capacity to 235,000 barrels per day. Neither company revealed who the client for the oil would be. Nevertheless, it had been previously rumoured that two of the prime clients could be Exxon’s 502,500-barrel-per-day refinery in Baton Rouge, Louisiana, and 238,000-barrel-per-day refinery in Joliet, Illinois. Both refineries have the asset of having new offloading rail terminals.

Moreover, there is another facility, being constructed by Genesis Energy LP, which will allow Exxon to bring oil to its Baton Rouge plant, where it could replace the imported crude from Mexico, Saudi Arabia or Chad. ExxonMobil spokesman, Todd Spitler, confirmed as well that the company also envisages bringing oil to Baton Rouge port. Mr Spitler did not specify though where the oil at the port would eventually head, but hinted it could be re-exported or sent to other U.S. refineries.