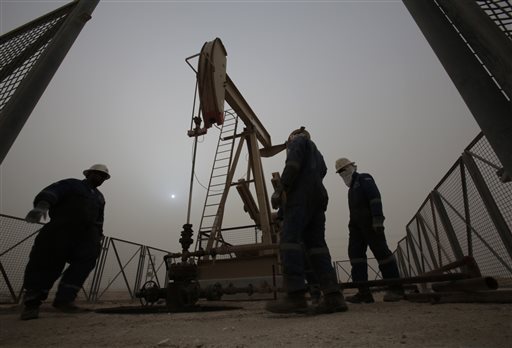 The Organization for Petroleum Exporting Countries (OPEC) is unshakable in its decision not to cut oil production to prop up prices. The cartel still insists on avoiding output cuts, the United Arab Emirates energy minister, Suhail bin Mohammed al-Mazroui, confirmed yesterday (13 January). In the meantime, Brent crude went down by 4 percent to below $46 a barrel following a 5 percent fall on Monday (12 January), marking a six-year low.

When speaking, Mr Mazroui remained firm on the OPEC position saying that the United States is to blame for over-supplying the market and thus low prices. “The strategy will not change…,” he said and added that by not reducing output, “we are telling the market and other producers that they need to be rational and, like OPEC, they need to look at growth in the international market for oil and need to cater that additional production to that growth.”

The firm position of the OPEC, Saudi Arabia, and other Gulf countries is causing dismay not only among smaller producers and exporters but also among Muslim countries. Iranian President Hassan Rouhani said that countries responsible for the plunge in oil price would regret it. “Those that have planned to decrease the prices against other countries, will regret this decision,” President Rouhani said and added that “if Iran suffers from the drop in oil prices, know that other oil-producing countries such as Saudi Arabia and Kuwait will suffer more than Iran.”

Yet, Mr Mazroui reaffirmed that the OPEC had no intention of changing its decision that has stood still since November last year – the cartel is to keep its production steady. He hinted as well that there is in fact little prospect that this will be discussed at a high level before the next OPEC meeting in June. “The market needs more time – it’s not rational to meet or do anything in this time,” he summed up.