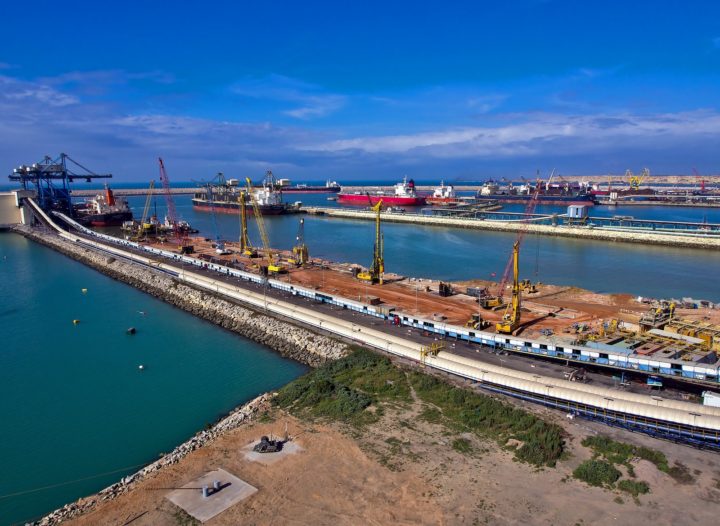 OCP Group, the Moroccan phosphate rock miner, phosphoric acid manufacturer and fertilizer producer, and Koch Ag & Energy Solutions (Koch) have signed an agreement under which a Koch affiliate will acquire a 50% interest in Jorf Fertilizers Company III (JFC III) from the Moroccan company. When closed, the transaction will establish a 50/50 joint venture. JFC III owns and operates an integrated phosphate fertilizer production facility in Jorf Lasfar, a deepwater commercial port located on Morocco’s Atlantic coast, with the capacity to produce up to 1.1 million metric tons annually of phosphate-based fertilizers. JFC III is one component of the Jorf Fertilizer Complex, the world’s largest Phosphate fertilizer production platform. JFC III’s production will be marketed by OCP and Koch Fertilizer, LLC. Additionally, the companies will collaborate on the supply of ammonia and sulfur to OCP and leverage their logistical capabilities for the shipment of fertilizers from Morocco. “Our collaboration with Koch is now entering a new phase after more than a decade of commercial relationship,” said Soufiyane El Kassi, Chief Growth Officer of OCP, the world’s largest phosphate mining and leading global fertilizer group. “Koch is a key strategic partner with a shared vision on how to best serve farmers and agriculture. Through this transaction, we are happy to welcome another leading industrial player such as Koch to Morocco.”
NUTRIEN, a Canadian fertilizer company based in Saskatoon, Saskatchewan that is the world’s largest provider of crop inputs, services and solutions, anticipates that Russia’s invasion of Ukraine could result in prolonged disruptions to the global supply of potash and nitrogen crop nutrients. “We could probably see a prolonged, more prolonged disruption in (potash) supply out of that part of the world,” Ken Seitz, Nutrien’s Interim Chief Executive, said at a BMO Capital Markets investor conference. Seitz also added that his company will boost potash production if it sees sustained supply problems in Russia and Belarus, the world’s second- and third-largest potash producing countries after Canada. The European Union, United States and other countries have imposed economic sanctions against Russia, moves that could hinder its exports of natural gas, potash and nitrogen. Belarus, Russia’s ally, is already subject to EU and US sanctions that have restricted its potash exports. Russia’s war on Ukraine has also raised concerns about wheat, corn and vegetable oil supply problems in the Black Sea region, driving up world prices. Nutrien expects to sell up to 14.3 million tpy of potash, its most ever, and has said it is considering further expansion. Brazilian agricultural exports are especially vulnerable to a scarcity of fertilizer, with Russia a key supplier. Russia’s aggression also has jeopardized its nitrogen fertilizer exports. Prices of European natural gas, a key input in nitrogen production, have soared lately, much higher than North American prices.
NUBERG EPC, an engineering and technology driven industrial conglomerate based in India, has been contracted by Fertilizers And Chemicals Travancore Ltd. (FACT) to construct a brownfield 1650 tpd Nitrogen-Phosphorus-Potassium (NPK) plant at FACT-Cochin Division on EPC-LSTK basis, thereby increasing the total production capacity of complex fertilizers to 3650 tpd. FACT, a Government of India Enterprise, is one of the first large-scale fertilizer companies in India. The NPK plant is being built within FACT’s existing manufacturing facility of Cochin Division (CD) at Ambalam Edu in the Ernakulam district in the state of Kerala. Nuberg EPC shall be executing this project based on Pre-Neutralizer with Pipe Reactor (PN+PR) technology licensed from INCRO S.A. (Spain). The plant will be capable of producing various grades of NPKs. The company is taking up the project on an LSTK basis and the project is scheduled to be completed by mid-2023. This plant shall be primarily designed to produce NPK 20:20:0:13 having a rated capacity of 75 tpd in a single stream from PN technology and DAP 18:46:0 using PN+PR technology, meeting FCO requirements using ammonia, phosphoric acid, sulfuric acid, urea, filler etc. as required. In addition to above two grades, Nuberg EPC shall be carrying out the design and detailed engineering of the plant to enable future production of different grades of NPKs, such as 10:26:26, 16:20:0, 28:28:0, 12:32:16, & 14:35:14 using ammonia, phosphoric acid, sulfuric acid, muriate of potash, urea etc. as required for meeting FCO requirement.