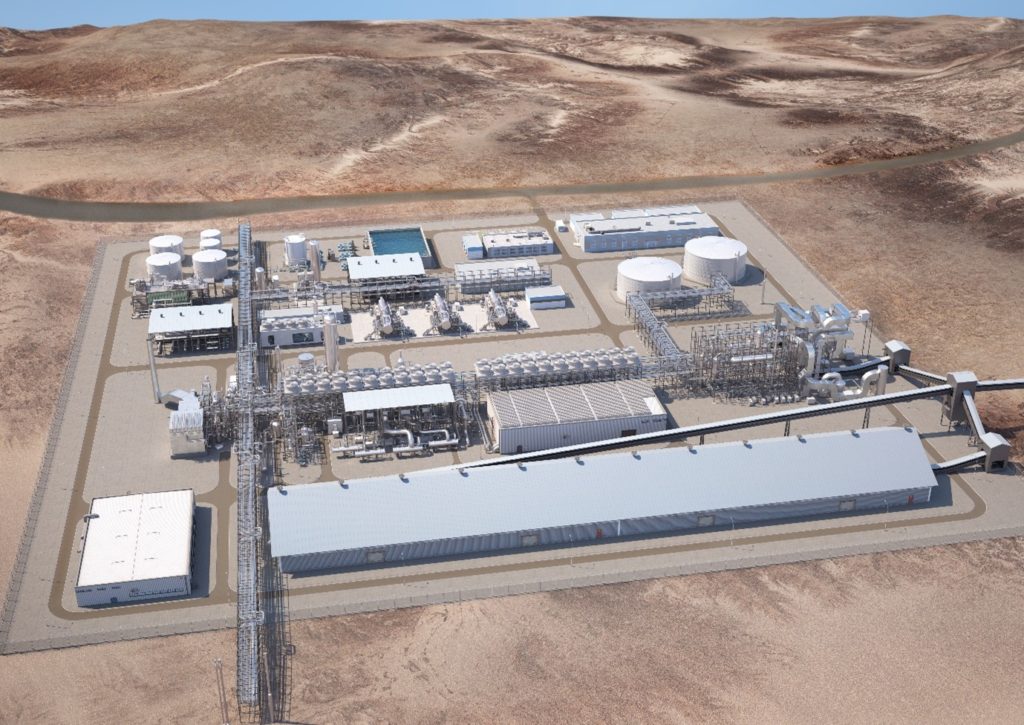 YARA INTERNATIONAL ASA, a Norwegian chemical company, whose largest business area is the production of nitrogen fertilizer, has recently presented an electric, autonomous container vessel for fertilizer transportation. The christening of the world’s first emission-free ship, Yara Birkeland, was celebrated by the Crown Prince of Norway, Haakon Magnus, close to the Yara Porsgrunn plant. The ship will transport fertilizer across the fjord from Yara’s Porsgrunn plant to Brevik port and thereby eliminate the carbon emissions of 40 000 diesel truck loads per year. “This is a milestone for Yara,” says Svein Tore Holsether, President and CEO of Yara International. “Yara made a bold decision in 2017. We wanted to build the world’s first carbon-free container vessel. Today, five years later, we celebrate the outcome of this ambitious decision. Yara Birkeland is a result of ambition, curiosity, and collaboration where innovation, sustainability and technology come together,” he says. The ship is named after Kristian Birkeland, a leading Norwegian scientist in the early 1900s who is one of the founding fathers of what Yara represents today.
NUTRIEN, the Canadian fertilizer producer, reduced the sale of potassium chloride in the North American market by 17% to 1.218 million tons in the January-March 2022 period, while in other regions of the world the company increased its supplies by 8% to 1.825 million tons. In general, Nutrien’s sales of potassium chloride decreased by 4% to 3.034 million tons. However, In 1Q2022 Nutrien has greatly increased the price for potassium chloride by 213% to $684 per 1 ton. In the North American market, the price was increased by 203% to $684 and in other regions by 236% to $557. Nutrien reports that sanctions imposed against Russia and Belarus by the US and EU in January-March 2022 led to a drop in the supply of potassium chloride by about 20%. In general, the company expects the global market capacity will be 60-65 million tons by the end of this year.
NEU-RIZER, an Australian company that is developing low-cost nitrogen-based fertilizer for local and export agriculture markets, has selected Stamicarbon as the licensor for the NeuRizer Urea Project (NRUP), in Leigh Creek, Australia, 550 km north of Adelaide. This will be the only fully integrated urea production facility in Australia, with all inputs (gas, power and CO2) for low carbon urea production on-site. Stamicarbon, the innovation and license company of Maire Tecnimont Group, will deliver the Process Design Package (PDP) for the Front-End Engineering and Design (FEED) for a 2850 mtpd melt and granulation plant. The urea plant will use Stamicarbon’s LAUNCH MELT Flash Design for the urea melt plant with a pool reactor and the LAUNCH FINISH Granulation Design for the urea granulation plant. The Flash design is one of Stamicarbon’s variants of melt concepts with improved energy efficiency that leads to a significant reduction in steam consumption. NeuRizer is committed to providing innovative yet responsible solutions to food production and wants to become Australia’s first carbon-neutral producer of urea fertilizer.