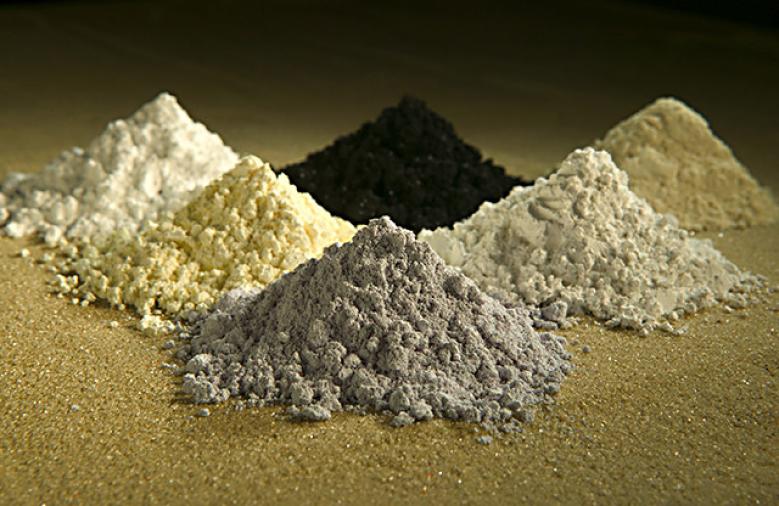 The strategic importance of rare earths has become clear over the last year following a shortage of production with serious effects on a number of sectors. Precisely because of their industrial and strategic importance, the production of semiconductors is increasingly considered as a ‘geopolitical imperative’, deepened by the ongoing tensions between the US and China.
The so-called “rare earths”, or seventeen elements in the periodic table, play a major role in the calculations and strategies of various nations. In many ways, they can be seen as the vitamins of a 21st century’s industrial society: they are vital to key products from energy conversion systems (wind turbines, photovoltaic panels and electrical machinery) to hi-tech items (smartphones and monitors) and even military equipment (lasers and radar). Rare earths are so strategically important because it is very difficult to replace them with alternative materials. Though the market for rare earths is relatively limited in terms of volume, any nation dominating it enjoys significant geopolitical influence and leverage over other countries, due to their importance to key industries.
The fate of rare earths and semiconductors is intertwined and bound to this rising global race for technology and industrial leadership. The market is currently dominated by China, which produces some 60% of the world’s rare earths, processes and refines around 80%, and is the central player in the global supply chain. The world’s major economies are presently all over-dependent on Chinese imports: 80% of imports to the USA and 98% of imports to the EU come from China. It is then hardly surprising that following China’s President Xi Jinping’s threat in 2019 to cut the imports of rare earths in retaliation against the US’ opposition to Huawei and the ongoing dispute around semiconductors, Washington accelerated its countermeasures to reduce the US’ own vulnerability. Hence concerns are mounting that supply restrictions or even stoppages could cause serious damage to economies, industries and decarbonization plans is therefore leading many nations to seek alternative sources.
In this context, Africa has an opportunity to emerge as a production region, and this is likely to intensify competition between global players. The African continent is home to numerous rare earth deposits, especially in eastern and southern nations like Burundi, Kenya, Madagascar, Malawi, Mozambique, Namibia, South Africa, Tanzania and Zambia. But, for the time being, Africa has not yet progressed beyond the stage of great potential. The only extraction currently ongoing is on the Gakara Rare Earth Project in Burundi, which can soon be followed by the Steenkampskraal deposits in South Africa. Also several other African countries have begun to implement projects at different stages, including Namibia (Lofdal Heavy Rare Earths Project), Malawi (Kangankunde), Angola (Longonjo Project), Tanzania (Ngualla Rare Earth Project), Uganda (Makuutu Project) Madagascar (Tatalus) Mozambique (Xiluvo REE Project) and South Africa (Glenover and Phalaborwa Projects).
There are many obstacles to development of rare earth deposits in Africa. The start-up of new projects is presently hindered by market laws, which present challenges such as high costs, the need for major investment and political, environmental and social acceptability considerations. Though the emergence of alternative sources outside China may be discouraged by market conditions, developments could well be driven by the growing strategic importance of rare earths that will in turn induce importers to increase their support for new extraction projects. The US, more than anyone else, is determined to minimize its vulnerability towards China, a policy that has been supported by the last two administrations. Hence, in 2019, the US has launched negotiations with Malawi and Burundi to discuss support for a number of projects in order to ensure future rare earth supplies from the African continent. The European Union too is determined to reduce its almost total dependence on China and increase its strategic autonomy in this sector by developing domestic rare earth deposits and recycling. But the EU has also affirmed in September 2020 that it was willing to establish new strategic partnerships with African countries to obtain additional supplies.