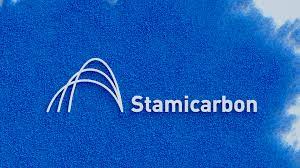 NE NITRO GENEVA LLC, an anhydrous ammonia fertilizer-manufacturing operation located in Geneva, Nebraska, US, that uses the trade name of Nebraska Nitrogen, has acquired an anhydrous ammonia fertilizer manufacturing plant and ancillary campus assets in Geneva, Nebraska. Serving farmers of the Western Cornbelt, the facility, completed in 2017, has an annual production up to 36,000 tonnes of nitrogen-based fertilizer critical to sustaining soil fertility and crop production. “We are fortunate to acquire a significant capital asset at this point in the commodity cycle. We are positioned to manage a profit-driven operation from today forward,” Chad Brownstein, Chairman of Nebraska Nitrogen, commented. “Domestic nitrogen facilities are fortress assets, this chemical business intersects strategically with our industrial complex throughout the West.” “We are dedicated to supporting the regional farming community,” Heidi Kelly, the company’s Chief Operating Officer said. “We are focused on implementing operational improvements on a daily basis that will increase reliability and improve the safety of plant for our team and community.”
INSTITUTE OF CHEMISTRY of the ACADEMY OF SCIENCES OF TURKMENISTAN and TURKMEN AGRICULTURAL UNIVERSITY have announced that their employees have developed a new technology for obtaining organic fertilizers by processing poultry waste. During the tests, hen manure and phosphorites, used as raw materials, were first cleaned of other waste, then it was grounded using a chopper machine at a ratio of solids and liquids of 1:3.5. Hen feathers were dissolved in solutions of mineral acids (sulfuric or nitric acid), the concentration of which ranges from 25% to 30%. Then phosphorite flour, with a particle size of no more than 1 mm, was added to the resulting solution, after which the crushed manure was thoroughly mixed with the resulting mixture for 30 minutes. The pH value of the mixture was adjusted to 5-6. The excess liquid in the obtained mixture was eliminated in an open container to a total moisture content of 55-58%. And finally, the received fertilizer was granulated and dried. The total nitrogen was possible to use without losses due to solutions of mineral acids. This method is distinguished by the use of simple technology, economical efficiency, and ease of use in agriculture. The use of mineral acids makes it possible to change the properties and ratio of gases emitted from a homogeneous mixture of poultry manure, which reduces the harmful effect of waste on the environment and also prevents the loss of nitrogen.
STAMICARBON, the Netherlands-based licensing and IP center of Maire Tecnimont, will supply a 2000 tpd urea granulation plant using Stamicarbon technology and proprietary equipment for JSC Acron. Acron awarded its first granulation plant project Stamicarbon in 2018. The new granulation plant will be built based on the same design as Acron’s first granulation plant, successfully commissioned in 2020 despite the challenges presented by the ongoing Covid-19 pandemic. “Since the start of its operation in the summer of 2020, the granulation unit has demonstrated excellent performance, both in terms of process reliability and equipment – the granulator,” said Sergey Abramov, Licensing Manager at Stamicarbon. “Acron appreciated our technology and as a result chose Stamicarbon for the second unit of the same design and capacity.” The second plant will use Stamicarbon’s latest granulation technology, which offers both investment and operating cost savings, whilst meeting environmental requirements. The core of this granulation design is the Stamicarbon proprietary granulator.