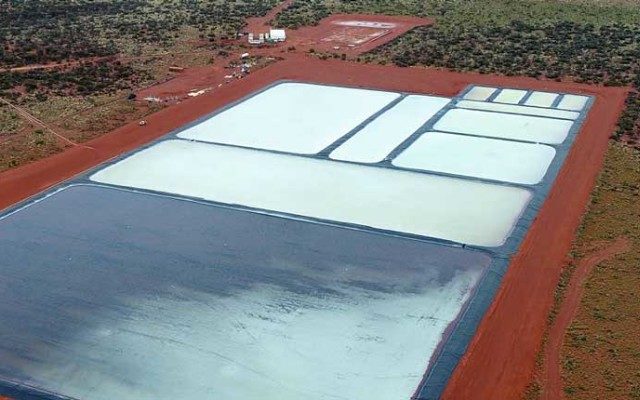 Stamicarbon, the licensing and IP center of Maire Tecnimont SpA, based in Sittard-Geleen, The Netherlands, has announced the first piece of high-pressure equipment for El Nasr Co. for Intermediate Chemicals’ (NCIC) new urea melt plant in Egypt has been finalised on time. The stripper was completed earlier in May at Schoeller-Bleckmann Nitec GmbH (SBN) in Austria, and will be stored at an SBN shop, while it awaits shipment. With a planned capacity of 1050 tpd, the urea melt plant will be part of a major new fertilizer complex for Egyptian chemical and fertilizer manufacturer NCIC. Stamicarbon’s client is Thyssenkrupp Industrial Solutions (tkIS), who will realise the project as part of a consortium with Egyptian company PETROJET.
Kalium Lakes, an exploration and development company based in Balcatta, Western Australia, is accelerating its Beyondie sulfate of potash project’s works programme and will mobilise various contractors in the coming weeks. Works that will be carried out include the pond construction earthworks, an 80 km gas pipeline installation, purification plant EPC works, residual workshop, village and administration facilities construction and also final equipping and pipeline connection of sunshine bores and trench network. Equipment fabrication and supply is on track with the first shipment of German equipment to depart Hamburg this month. Other equipment supply (boiler, chiller, cooling tower, stacker, vibrating feeder) have or are due to be shipped to Perth in the near future. Moreover, recent delays have provided the opportunity for the company to build its brine inventory which is expected to mitigate the risk of insufficient salts due to an additional six months of brine production.
Trigg Mining Ltd, a Western Australian exploration company, has welcomed the recent announcement by Australia’s federal and state governments of an AUS$20 million contract to seal a 41 km section of the Great Central Road towards the company’s Lake Throssell sulfate of potash (SOP) project in Western Australia. The road project is designed to provide interstate connectivity for the freight industry, tourists, and communities and also represents a significant access benefit to the Lake Throssell project. The Great Central Road passes through the Lake Throssell tenements, and the road project will significantly enhance project access, future logistics and transport of people, equipment, materials and product to the regional centre of Laverton. A recent gravity survey at Lake Throssell has defined several targets which are highly prospective for high-grade SOP endowment within the palaeochannel.