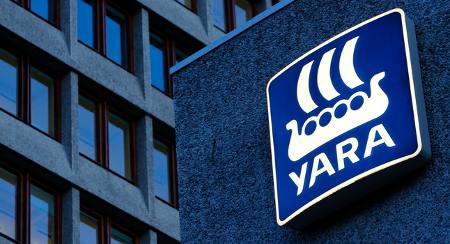 YARA INTERNATIONAL, the Norwegian producer of mineral fertilizers, has received 283.2 million krones (approximately $31.5 million) from Enova to implement a decarbonization project for an ammonia plant located on the Herøy peninsula. “Norway may become a leader in the green transition, and that is why the decarbonization project is so important. Moreover, it will promote a new trend across the whole industry of Norway,” said Svein Tore Holsether, CEO of Yara. This enterprise annually emits 800 thousand tons of carbon dioxide into the atmosphere. Yara will invest in a 24 MW electrolyzer that will be powered by renewable electricity. It will allow obtaining hydrogen in a volume sufficient for the output of 20.5 thousand tons of ammonia per year. It can then be used for the production of 60-80 thousand tons of green nitrogen fertilizers. The company plans to scale and complete the transition to environmentally friendly hydrogen in the future. “The project is aimed at supplying the market with the first environmentally friendly ammonia-based products as early as mid-2023. We have moved from good intentions to actions, the investments have been approved and the project is starting,” said Magnus Ankarstrand, Director of Yara Clean Ammonia.
HARVEST MINERALS, an Australia-based, South American-focused natural fertilizer company, has concluded the construction of its solar power facility, which will meet 100% of the power requirements at its Arapua fertilizer project in Brazil. The plant has capacity to supply 100% of Arapua’s power needs, including mining, processing, and administration facilities. In total, 276.79 kilowatts peak (kWp) were installed, including 622 solar modules of 445 Wp each. The company is now working with Cemig (Companhia Energética de Minas Gerais S.A) — Minas Gerais state power company — to connect the solar plant to the power grid, which is expected to be completed in January/February 2022. It is estimated that energy operating expenditure (mining and processing) will be reduced by 7% due to a sharp reduction in energy costs. “Our zero-carbon strategy takes a big step forward with the completion of the installation of our solar power facility,” Brian McMaster, Chairman of Harvest, commented. “We will experience immediate impact on the reduction of our carbon footprint as well as in the bottom line with substantial and ongoing cost savings. In the year we qualified for the London Stock Exchange’s Green Economy Mark, this achievement is another big statement to our commitment to ensuring our operations and products are as sustainable as possible.”
INDIAN FARMERS FERTILIZER COOPERATIVE (IFFCO), the New Delhi-based multi-state cooperative society engaged in the business of manufacturing and marketing of fertilizers, is building a nano-diammonium phosphate facility in Odisha for the needs of Indian farmers. The project was approved in June this year, and the construction began in December. The launch of the plant is scheduled for 2023. Iffco management believes that the use of nanotechnology will allow the production of mineral fertilizers that provide farmers with large yields while reducing costs. Iffco has previously introduced its line of nano-fertilizers to the market. For example, Nano Urea Liquid can completely replace dry carbamide while improving soil health and reducing environmental impact. At the same time, Iffco doesn’t reveal the applied nanotechnologies. This comes as Indian Prime Minister Narendra Modi has announced that his government will reverse the results of last year’s reforms in agriculture, as they sparked massive protests. He noted that those reforms aimed at ensuring farmers receive a fair price for their products. However, all attempts to negotiate with farmers, who considered the reforms to be harmful to them, failed. Therefore, the government plans to establish a committee for the development of agriculture, which will change the structure of cultivated areas based on the needs of India in the volume and types of grown crops. The committee will include representatives of the Indian government and regional authorities, farmers, and scientists.