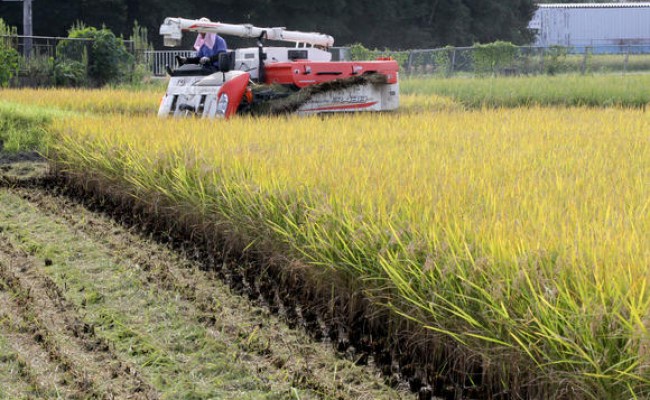 With its flagship food policy, the Farm to Fork (F2F) strategy, and reform of the Common Agricultural Policy, the European Union is currently in a defining period for the future of its agrifood sector. From slashing the use and risk of pesticides to a concerted push on organic, the bloc is undertaking a number of measures designed to create a greener and more sustainable sector. But the ramifications of the decisions taken at the EU level do not stop at its borders and are bound to spill over into Africa and impact small-scale farmers there.
Although hailed by part of the European civil society, the EU’s tight line on import tolerances for pesticide substances can cause a lot of headaches for African food producers, who fear being excluded from the single market and left with no alternatives to protect their crops. Therefore, the Commission’s priority will be given to environmental issues of global concern that go beyond national boundaries. In practice it means that the same EU legislation setting maximum residue levels – including also import tolerances – applies to all food whether domestically produced or imported regardless of the country of origin of the food. The new stance on pesticide residues has implications on African farmers who believe the requirement to meet these targets if they want to sell their products to Europe could become a major hurdle to trade. As the African continent is largely in the tropical zone, local farmers are quite exposed to plant pests. East Africa last year experienced the worst locust plague in decades, with the Horn of Africa invaded by swarms of insects that destroyed entire crop harvests.
For example, in Kenya, the farming community is divided over efforts by lawmakers to bring their regulations on pesticides in line with the EU’s green deal. Industry groups warn that a ban could wipe out over €1 billion of production. The East African country’s agriculture sector could lose more than €1.2 billion if the ban on the use of agricultural chemicals comes into force, argues the Tegemeo Institute of Research and Policy, based at Egerton University, an agriculture specialist institute in Central Kenya. “If the ban is effected, then Kenya will have no alternative but to become a net importer of food to meet the needs of its people as a substantial amount of food will be lost,” said Timothy Njagi Njeru, a research fellow at Egerton University. Aligning with EU pesticide rules would help farmers and growers wanting to export to the EU, but could cause problems for subsistence farmers and smallholders who do not. The lion’s share of Kenya’s exports to the EU is represented by agriculture commodities such as cut flowers, fruits and vegetables, accounting for more than 90% of the total export value.
To address this challenge facing the continent, experts argue that Africa needs its own Food Policy. The biggest concern for African farmers is that the EU regulatory framework could become unfair because of the demands being imposed and the requirement to comply with no specific timelines to catch up with European farmers. The Alliance for Food Sovereignty in Africa (AFSA), a network of 36 civil society actors, representing smallholder farmers and pastoralists, recently urged the African Union to endorse the initiative to develop an Africa Food Policy aimed at reducing reliance on overpriced imports. Speaking at the launch of the initiative in Nairobi, AFSA chair Chris Macaloo commented that “production levels in Africa are down, thereby necessitating food imports.” “The industrialized food production is not resilient to the effects of climate change and it contributes to greenhouse gas emissions, which result in global warming hence reducing productivity,” he said. Million Belay, AFSA coordinator, added that “most of Africa’s policy space is already occupied by external actors and interests but now with the consultants working at African Union level and other key government non-government institutions, willing to work with the 23 countries, they can now actually write the Policy of Africa based on the wish of the people”.