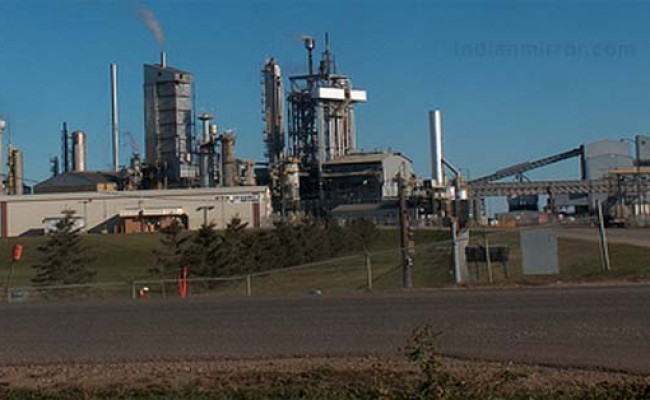 India’s government may consider cut in import duty on raw material used in the fertilizer industry in the forthcoming budget with a view to boost domestic manufacturing in the country, sources said. Lower import duty on raw material like rock phosphate and sulphur used for manufacturing of DAP (Di ammonium phosphate) would help boost domestic production and cut in import bill, according to sources. Currently, there is an import duty of 5% on such imports and the country imports about 95% of its DAP requirement from global markets. India also imports about 30% of its urea requirements. During April-December 2019-20, the country’s crude and manufactured fertilizer imports grew by 8.47% to USD 6.2 billion.

In Scotland, farmers in country’s nitrate vulnerable zones (NVZs) have just five weeks left to submit their fertilizer and manure plans or risk incurring financial penalties. NVZs were introduced as part of the EU Nitrates Directive, but the industry has been reminded that the UK’s impending departure from the EU has not removed the current requirements in areas of the country, which include Strathmore, Finavon and Fife. The aim of recording grazing, fertilizer, muck and slurry plans ensures nitrate levels in water are not exceeded and NVZ rules are not infringed. Breaches can lead to cross-compliance penalties and potentially court action. Stewart Johnston of land agents Galbraiths has advised affected farmers to make sure all their records are up to date as quality assurance, Scottish Environment Protection Agency and government inspectors are beginning their annual checks.
In the United States, the Fertilizer Institute (TFI) Vice President of Stewardship and Sustainability, Lara Moody, issued the following statement regarding the Trump administration’s finalization of the Environmental Protection Agency’s (EPA) and Department of the Army’s repeal and replacement of the 2015 Waters of the United States (WOTUS) rule: “The fertilizer industry strongly supports the EPA’s and the Department of the Army’s new WOTUS rule, which provides a sustainable national water policy that both protects the environment and facilitates smart economic development. The new rule more clearly defines which waters are subject to federal jurisdiction and which waters are subject to state protection, clarity that was severely lacking in the 2015 rule.” Lara Moody also added that the TFI has “long shared EPA’s goal of improving water quality and continuously advocate for the adoption of nutrient management practices such as 4R Nutrient Stewardship (using the right fertilizer source, applied at the right rate, at the right time and in the right place) that enhance environmental protection while helping to ensure farmer profitability.”