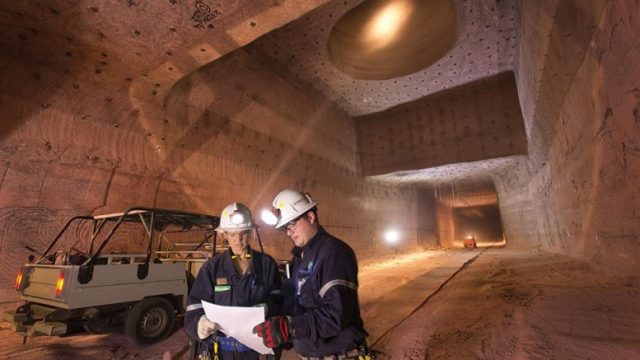 Emmerson Plc, the Moroccan company that focuses on potash development, announced it has finalized the Feasibility Study components for the connection to road networks, including design and cost components, for its Khemisset Potash Project in Northern Morocco. The Feasibility Study has concluded that the total budgeted cost for construction of access roads via the A2 toll road is approximately US$2 million including a 15% contingency. Following confirmation of zero capital cost required at Port, the road connection will be the only pre-production CAPEX required for entire logistics solution for Khemisset.
Another important conclusion is that the selected site location requires only approximately 3.2 km of paved roads to be constructed to connect the Project to existing high-quality highway, with an additional approximately 9.6 km of gravel internal roads included in the design estimate. Thus, the Feasibility Study foresees no requirement to construct expensive rail connections. The design and budget has been completed by independent engineering group, Golder Associates, according to AusIMM guidelines for capital cost estimates. The full Feasibility Study is expected to be delivered in 1H20, in line with forecasts. “We identified the location of the Khemisset project as one of its major strengths from the outset; the proximity to world class existing infrastructure is a key tangible benefit,” Hayden Locke, CEO of Emmerson, commented.
“To be able to select a site which connects to a highway so readily and with such low capital cost allows us to save significant amounts of pre-production spend compared to the majority of potash development projects globally.” More specifically, the Emmerson CEO also stressed that “once connected to the A2 toll road, trucks transporting potash can drive directly to the Port of Casablanca for shipping to our customers throughout the Atlantic corridor. Importantly, the existing roads all the way to Port are in fantastic condition, requiring no additional investment, and have significant capacity for the trucks that Khemisset will require. The ability to have such a simple and cost-effective end-to-end logistics solution will benefit the Project not only through financing and construction, but throughout its lifecycle.