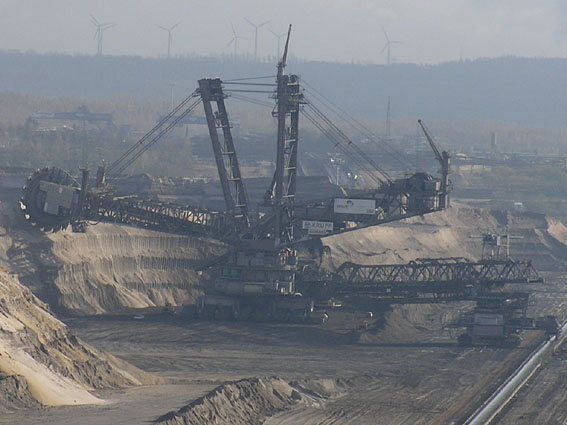 Global demand for lignite is expected to go up 5.4 percent by 2020, warns the International Energy Agency which fears the return of dirty coal in Europe.
In their quest for cheaper electricity, the governments of the Czech Republic, Poland, and Germany are approving the expansion of mines that produce lignite, a moist, brown coal used to fuel power plants.
It is indeed cheap and available but it releases more greenhouse gases than hard coal. Poland, which produces nearly 90 percent of its electricity from brown coal, is increasing its use partly to bolster employment in some of the nation’s poorest areas, where lignite is mined.
According to Polish PGE utility, electricity produced from lignite rose 3.7 percent last year, while output from hard coal plants fell 7 percent.
CEZ, a Czech power company that also owns mines, also increased output of lignite by 6 percent in 2013, to 24.1 million tons. In Germany, lignite is the most important source of electricity for the nation, accounting for 26 percent of power production last year.
The IEA sounds the alarm bell that that worldwide consumption of lignite should drop 10 percent by 2020 to limit the temperature increase from global warming by the end of this century to 2C, a goal set by European nations and other countries which pledged to curb emissions and promote cleaner energy.