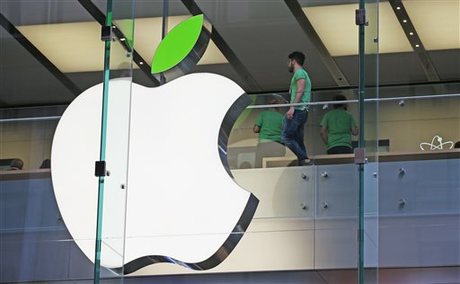 Apple, the world’s most valuable brand and a giant technology company, says that 94 percent of its corporate facilities are now run by renewable energy sources such as solar power. Apple’s leadership said recently that climate change was a real threat for the world and announced plans and efforts to meet its environmental targets. The IT company additionally published a video in which its CEO, Tim Cook, speaks about the firm’s green strategies.
In the video called “Better”, the Apple’s CEO speaks about the company’s commitment to make the world a better place by innovating and reinventing while considering everything including products, values, as well as concern about the environment. The firm is ready to use green materials and less packages so that Apple products will not end up in the landfills. Mr Cook also stressed that Apple’s new data centres were newly powered by the sun and wind, and a new manufacturing facility runs on 100 percent clear energy. The design of Apple products is also such that they reduce impact on the environment. Lisa Jackson, the former administrator of the US Environmental Protection Agency and currently Apple’s vice-president for green initiatives, wrote a letter in which she stated that Apple felt the responsibility to consider everything possible that could be done to help the environment, which also includes using environment-friendly materials and conserving precious materials.
The pro-environmental advocacy Greenpeace, which previously criticized Apply for using fossil fuels to source energy, has recently praised the firm for enhancing its environmental approach by powering its data centres by green energy sources. For instance, Apple’s data centre in North Carolina is powered by biogas fuel cells and a huge 20MW solar farm. This has ranked Apple above other high-tech giants, such as Amazon. Apple added to the score that its carbon footprint last year was less than 34 metric tons of greenhouse gas emissions, which was comparable to about 5 percent of the United Kingdom’s CO2 emissions in the same year. Approximately 75 percent of the emissions came from manufacturing. Apple also says that its new headquarters being built in Cupertino in California will use 30 percent less energy than equivalent premises. The company has promised that its new Cupertino HQ will be home to more than 7,000 trees.