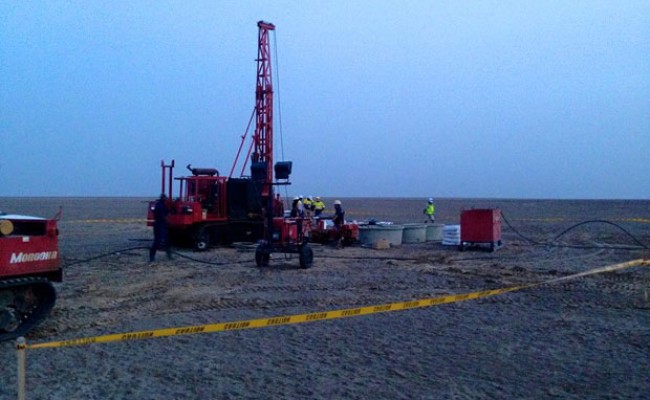 The Australian-based miner Danakali is moving closer to developing the potential world-class Colluli potash project, which sits close to the Red Sea – Eritrea’s eastern border. The country has been on a United Nations’ sanctions list for years and therefore been struggling to develop its potash potential to the fullest. Investors have also been shying away from the African country due to an on-going war being fought in nearby Yemen.

Despite the many negative factors, Danakali, a small potash player, is poised to benefit from the global fertilizer demand and the piecemeal international rehabilitation of Eritrea. The United Nations have recently taken the country off of its blacklist, thus opening the way for more international investment. There are many indications that the Colluli project, once developed, will become a low-cost and high-profit venture that will bring essential fertilizer to the countries trying to boost their crop yields. Danakali has also signed a deal with Russian-controlled EuroChem for up to 100% of the potash produced in the first stage of Colluli.

Danakali is in a 50-50 joint venture covering Colluli with the Eritrean government and finalized a $200 million funding mandate with a syndicate of African-development financial institutions. As a next step, the country needs to start construction of the mine. Colluli’s potash is located close to the surface, which makes mining easier – unlike potash in most rival operations in Europe and North Africa, where potash is extracted in very deep mines. However, the conditions won’t be easy for the miners who will be working in one of the hottest places on the planet. To compensate for the climate and Eritrea’s poor political track record, the mine is estimated to contain at least 1.1 billion tons of potash, enough for a minimum of 200 years of production. Colluli’s location on the Red Sea will also provide easy access to Asian markets.