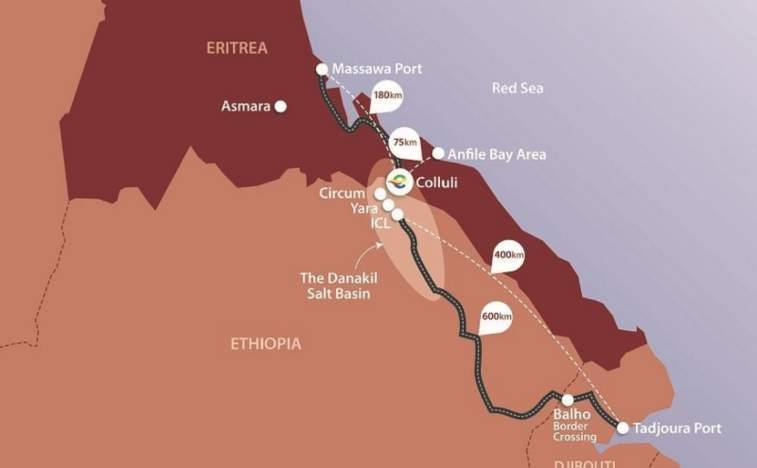 The Colluli project is now ready for the start of construction, with all permits and binding take-or-pay offtake achieved. Danakali Ltd has established a clear strategy to start the development of the Colluli Sulphate of Potash (SOP) Project in the northeast African country of Eritrea into later this year after delivering a transformative year in 2018. The early 2019 report by the United Nations Development Fund (UNDP) revealed that Colluli has the potential to significantly boost Eritrea’s economy as well as helping the country and region.

In the company’s 2018 Annual Report, Danakali executive chairman Seamus Cornelius envisioned substantial progress for the company, as it demonstrated strong operational momentum, solid progress on funding and a London Stock Exchange listing, all of which were supported by positive developments in Eritrea. “The Front End Engineering Design (FEED) study results released at the start of 2018 confirmed Colluli as an advanced greenfield SOP project able to deliver more SOP for longer and at a lower capital intensity than any other known greenfield deposit globally.”

In July 2018, an offtake deal was signed with EuroChem for up to 100% of Colluli’s Module 1 SOP production, which has paved the way for project financing and in August the Eritrean Ministry of Land, Water and Environment confirmed acceptance of the finalized Colluli Social & Environmental Management plans, which sees the project fully permitted for execution. Therefore, Danakali believes that 2019 is going to be transformational but despite the significant progress, nobody should underestimate how challenging the next steps are going to be. The company’s new CEO Niels Wage also admitted that December 2018 was a milestone for the company after it had signed a term sheet with leading African development institutions to provide debt finance facilities of 200 million USD for the construction and development of the Eritrean project.