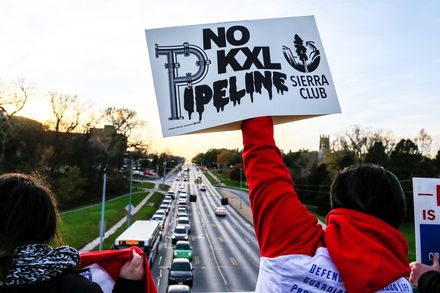 Construction of the controversial pipeline Keystone XL was halted by a US judge in Montana, drawing praise from environmental groups and a rebuke from President Donald Trump, who approved the project shortly after taking office. The ruling is a blow to TransCanada Corp. whose stock fell in response to the decision. Yet, the company confirmed that it remained committed to building the $8 billion pipeline that is designed to bring heavy crude from Canada to the United States.

The decision also put pressure on Canadian Prime Minister Justin Trudeau to help the country rekindle its ailing oil industry by boosting crude shipments by rail by the time the pipelines are constructed. Clogged pipelines have made discounts on Canadian oil bigger than earlier expected. Experts estimate that the lower prices may have cost the Canadian economy up to C$16 billion. US District Court Judge Brian Morris commented that a US State Department environmental assessment of the Keystone XL project “fell short of a ‘hard look’” at the overall effects of greenhouse gas emissions and the impact on Native American land resources. “It was a political decision made by a judge. I think it’s a disgrace,” Donald Trump commented the US District Judge’s landmark ruling.

The ruling is a victory for environmentalists who sued the US government in 2017 after Donald Trump announced a presidential ‘yes’ for the pipeline. Native American groups and ranchers have spent decades fighting against the project. “The Trump administration tried to force this dirty pipeline project on the American people, but they can’t ignore the threats it would pose to our clean water, our climate, and our communities,” said the Sierra Club, a US environmental organization that engages in lobbying politicians to promote environmentalist policies.