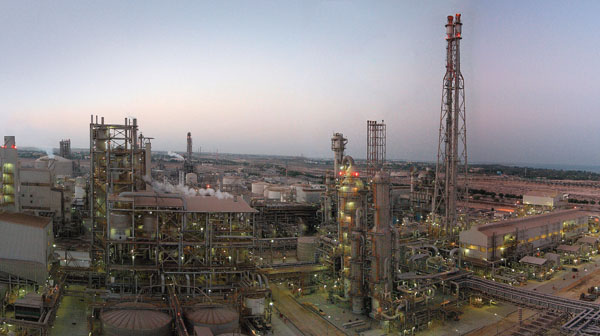 The fertilizer production of Arab Gulf countries has reached 42.7 million tons in 2013, a 4 pc increase from the previous year, while the global fertilizer industry grew by just 1.7 pc in the same period.
This growth has been made possible thanks to the input of mega projects carried out in Saudi Arabia, Qatar and the United Arab Emirates, says the Gulf Petrochemicals and Chemicals Association (GPCA ).
The fertilizer industry in the Gulf region is growing twice as fast as the global industry average due to the increased investments from petrochemical producers, adds the GPCA in its latest report.
In 2013, producers of Gulf Cooperation Council (GCC) exported 20 million tons of fertilizer products to more than 80 countries worldwide.
According to GPCA latest data, the GCC industry accounted for approximately one-quarter of global urea trade and for 12 pc of the global ammonia business in 2013.
As the world population is expected to reach over 9.3 billion people by 2050, the International Fertilizer Industry Association (IFA) says the world food production has to increase by 60 pc to be able to feed the world’s upcoming generations.
For chairman of the GPCA ‘s Fertilizer Committee Mr. Khalifa Al-Sowaidi, the population’s growth and the need to speed up food production offer a major business opportunity for the fertilizer producers of the GCC which includes Bahrain, Kuwait, Oman, Qatar, Saudi Arabia and the United Arab Emirates.
The GCC fertilizer industry, which exports more than 90 pc of its nitrogen fertilizers (ammonia and urea) to the Far East, can make a major contribution to addressing the world’s food security challenges.
While analysts have predicted a slowdown in growth due to the availability of cheaper feedstock elsewhere, particularly due to the shale gas revolution, the GPCA forecasts that region’s fertilizer capacity will continue to grow at a steady pace.
According to GPCA Secretary General Abdulwahab Al- Sadoun, several multibillion dollar projects will be completed in the next years, which will strengthen the GCC’s fertilizer capacity to over 66 million tons by 2018.