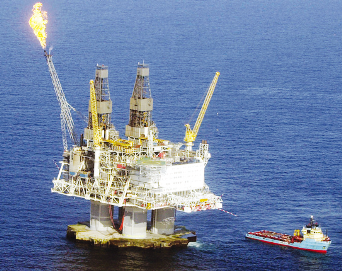 The expectations of the potential of natural gas in Tanzania have skyrocketed with many observers seeing natural gas to end aid dependency and fiscal troubles of the country. Unfortunately, until today nobody knows exactly how much gas there is in the country though the most recent explorations suggest that there might be up to 51 trillion cubic feet (tcf) of gas. Because it is problematic to settle how much gas there in fact is, it is equally troublesome to say how much of the gas could be potentially extracted.
The International Monetary Fund (IMF) has started looking for answers to both questions earlier this year but the existing interim results are publicized cautiously and any findings the IMF publishes are surrounded by a degree of uncertainty. From the existing evidence it seems that the government of Tanzania could be looking forward to about 5-6 billion USD in gas revenues annually between 2029 and 2044. For reference, during past years, the country has been receiving about 2-3 billion USD in development aid every year while its total government budget was only something more than 6 billion USD. In such a context, oil revenues of 6 billion USD could provide a substantial stimulus to Tanzania’s economy.
An IMF report on Tanzania’s gas stock says that “if a large-scale gas project goes ahead, the potential fiscal revenue would be substantial, and would facilitate government spending on priority investment.” This could naturally have a transformational impact on the economy meaning more money for hospitals, infrastructure, schools and social safety nets. The IMF, however, warns that unless politics and governance are right, the “opportunity could be easily wasted” as there are worries that the incumbent Tanzanian cabinet will not be able to grasp the chance and negotiate good deals with investors in order to protect the country’s public and maximize welfare. The hesitation comes after a production sharing agreement between Norway’s Statoil and Tanzania’s state-owned Petroleum Development Corporation had been leaked a few weeks ago. The leakage revealed that that the deal looked markedly less favourable for the country that it had been expected.