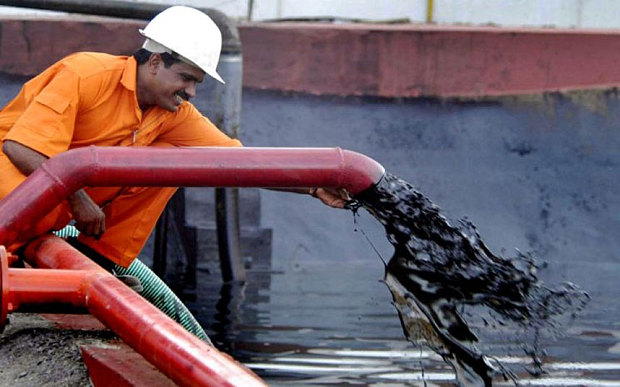 India is going to pay Iran about 1.65 billion USD in past dues for the oil that New Delhi bought through the central bank of the United Arab Emirates (UAE) as a part of a nuclear agreement that made it possible for Teheran to access 4.2 billion USD in blocked crude oil funds. The Indian payment is due to come following a delay over a month caused by the failed negotiations between Iran and six nuclear powers over its nuclear program. As part of the agreement, India would pay more than half a billion USD to UAE’s central bank in mid-June and provide additional 1.1 billion USD in two instalments to be made later for the oil bought from Iran. India’s decision comes after Teheran resumed nuclear negotiations on Tuesday (12 August) with the United States, United Kingdom, Germany, Russia, and China in Vienna.

The payment from India will be the first from the last three instalments to Iran via regular banking channels since the beginning of economic sanctions that were imposed on Teheran two years ago. With the sanctions in place, Iran was unable to use regular banking channels for its trade in oil which negatively affected its economy heavily dependent upon oil revenues. The 4.2 billion USD in crude oil funds, which Iran is to receive in eight payments in half a year, were made accessible to Teheran in November last year under an agreement that involved a halt to its nuclear program. Iran should still obtain payments worth 2.55 billion USD from South Korea and Japan.

Under the deal, UAE’s central bank will keep a rupee account to receive the money from India. The rupees will then be exchanged to dirhams and sent to Iran’s central bank. Once the Reserve Bank of India received a confirmation from the Iranian central bank, it will transfer an equivalent of the amount in dollars to Iran. The Indian central bank will then settle its dollar purchases with the rupees in the rupee account created by the UAE central bank. Although the process is very complicated, it is necessary in order to keep the transparency of the money transfer to Iran. India imports about 4 million barrels of oil every day from Iran but has decreased this number by almost six percent this year.