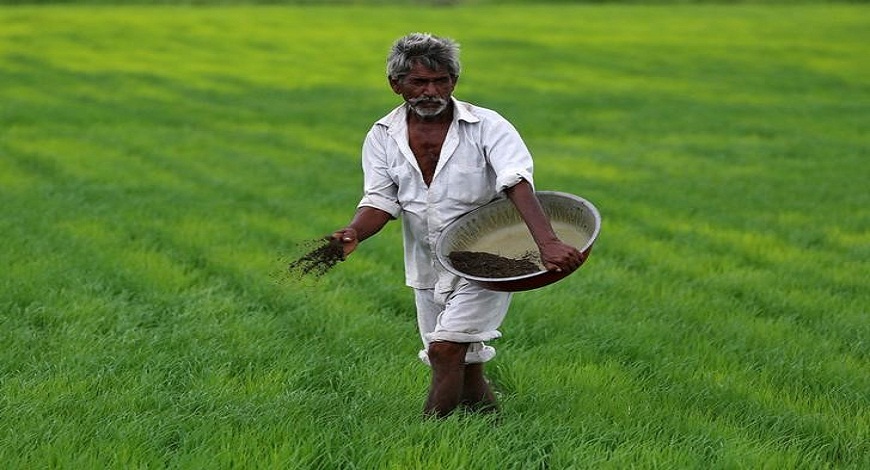 A recent study commissioned by the New Delhi-based ICRIER, or Indian Council for Research on International Economic Relations, shows how problematic the fertiliser policy is in India – for farmers, industry, the environment and the government. India’s experience with fertilisers, in the later part of the Green Revolution, prompted it to adopt a policy of subsidising fertilisers. In 1977, the country had a total NPK (nitrogenous, phosphatic and potassic) fertiliser consumption of 4.3 million metric tonnes (mmt) and per hectare usage of 24.9 kg – by FY19, total consumption had risen to 27.3 mmt and per hectare usage stood at 137.6 kg.

Increased fertiliser usage also meant a concomitant spurt in agricultural production; total foodgrain production reached 284.95 mmt in FY19 – an over-three-fold increase from the production in 1977-78. Of course, increased food grain production has been a boon for food security, with per capita availability increasing from 155.3 kg in 1976 to 180.3 kg in 2018. Looking at the gains, continuing with the fertiliser policy would not only seem sensible, but also – given food grain requirement is going to go up, and the climate crisis impact predicted to be quite severe for India – necessary. However, as a paper by ICRIER researchers shows, the challenges rooted in the subsidy policy for the major stakeholders – farmers, industry and the government – are so serious, and the fallout of excessive fertiliser use so severe, that subsidising and producing fertilisers in the country seems a bad proposition.

Thanks to India subsidising primarily urea (N of NPK), there is rampant overuse of urea; imbalance in the consumption of fertilisers has led a worsening of soil quality that has resulted in falling crop response to fertilisers, which, in turn, has caused farm productivity and farmers’ profitability to be adversely affected. In 2005, the crop response ratio to fertilisers had fallen to 3.7 kg grains/kg fertiliser, from 13 kg/kg fertiliser in 1970. Ironically, falling productivity, in the face of hugely subsidised urea has led to worse overuse, drastically skewing the ideal usage ratio, and altering the soil chemistry further.

It is, thus, somewhat of a vicious cycle. Low crop response ratio means lower yields – in 2016, India’s average paddy yield per hectare was a good 1 metric tonne lower than the world average. Similarly, India’s wheat yield that year was 3,093 kg/hectare, compared with the world average of 3,405 kg/ha. Paddy, maize, cotton, soybean and potato cultivators all experienced losses in FY15, compared with FY13 and FY14. To be sure, there could be other factors at play, too, such a below normal monsoon, but the link between fertiliser overuse and the decline in soil productivity is a strong one. With falling farm yields, exacerbated by climate effects, doubling farmers’ real income by FY23 will be difficult, which means continuing to subsidise fertiliser will work against the government’s stated goal for the agriculture sector.

Fertiliser policy has left the industry, too, fighting many problems. While subsidy and controls meant fertiliser production boomed in the country, over the past two decades these policies have hobbled the industry. With no proper incentives, domestic urea production rose just 4.4 mmt between 2000-01 and 2018-19, even as consumption was 12.8 mmt. Given urea production stood at 23.9 mmt while consumption was at 32 mmt in 2018-19, India, thus, is a major urea importer. Of the 30 urea production plants in the country, 27 use natural gas and three use naptha as the feedstock – although the average cost of production for natural gas-based plants is much lower than that of naptha-based plants. Only seven of the 30 Indian plants were operating below the global price (CIF + bagging and handling). This means, over the last four years, the cost of production has increased significantly for Indian urea production.

While the best of Indians match their global peers in terms of energy efficiency, the average Indian plant has a better showing than the world average. So, where is the problem? It is the cost of the feedstock. In 2015, the government introduced pooling of natural gas so that all fertiliser plants got gas at the same price. While the price of domestic gas is still low, the price of the pooled natural gas for the fertiliser industry has shot up from $9.8/mmBtu on net calorific value in FY16 to $12.3/mmBtu. This is because the share of low-priced domestic gas in the total gas consumed by the industry has declined from 62% in 2014-15 to 38% in FY19. Part of the fall is because the share of supply of locally-produced gas to the power sector and other users has increased sharply.

Gas-pricing that is still regulated by the government is just one reason. The fixed costs of the urea industry have been kept constant in nominal terms since 2002-03. While several committees have recommended a review and even the Cabinet has passed a decision to pay Rs 350/metric tonne as interim relief – the industry estimates the increase in fixed costs to be much higher than this amount – nothing has been paid. This is on top of the unpaid subsidies of just over Rs 39,000 crore to the industry. Thus, it doesn’t come as a surprise that the industry’s PAT-to-Net-Worth has been in the negative over the last five years.

Between FY01 and FY19, urea subsidy has increased from Rs 9,500 crore to Rs 45,000 crore, and as per FY20 Budget estimates it will be Rs 50,000 crore. With the sharply increased share of urea subsidy in the total fertiliser subsidy – and the fact that nearly 77% of the cost of domestic urea production is subsidised, while for P&K fertilisers it was just 30-35% – there is rampant overuse of urea as the difference in prices of urea and P&K fertilisers is now quite large. Over time, the phospatic and potassic content of the soil is affected greatly even as nitrogenous content is thrown off balance. The indicated N:P:K usage for Indian soil is 4:2:1. While it stood at 7:2.7:1 in 2000-01, it was still askew at 6.1:2.5:1 in 2017-18, while in Punjab and Haryana, two of India’s top agrarian states, the ratio was 25.8:5.8:1 and 22.7:6.1:1, respectively.

Given Indian soils have relatively low nitrogen use efficiency, the bulk of the urea applied contaminates ground- and surface water and the atmosphere. So, the current fertiliser policy is subsidising pollution. The bulk of the applied urea is lost as ammonia (NH3), dinitrogen (N2) and NOx (nitrogen oxides) – while the ammonia gets converted to nitrates, increasing soil acidity, NOx gases are major air pollutants. Nitrate contamination of groundwater, which leads to conditions such as methaemoglobinaemia, commonly known as blue baby syndrome, has reached far beyond WHO safe limit in Punjab, Haryana and Rajasthan.

Given how uncompetitive local production of urea, and how distortionary the effect of the subsidy policy is, it makes a lot of sense for India to junk domestic production and import urea from, say, a Gulf nation where natural gas is abundant and thus costs of production are low, and, instead of subsidising fertilisers, make direct cash transfers to farmers. With fixed amounts, farmers will likely temper their usage of fertilisers in the interest of soil health as prices of fertilisers will be decontrolled. Instead, the government seems keen on shoring up domestic production – even if the costs are uncompetitive – having announced a plan to rejuvenate five plants, at an investment of Rs 39,651 crore. This not only goes against the Prime Minister’s call to halve urea consumption by 2022, but will also make domestic urea even more uncompetitive as the fixed costs will be higher for the rejuvenated plants. The government needs to get sensible, else the health of the soil, citizens, including farmers, and the industry will suffer greatly.