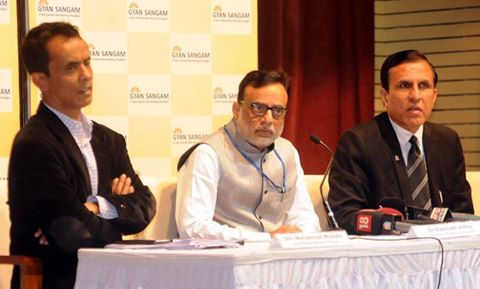 India’s Fertilizer Ministry is seeking money from the Finance Ministry in order to overcome liquidity crunch to clear subsidy bills. The ministry has requested Rs 12,500 crore to allow it to make subsidy payments to Indian fertilizer producers, which have not received any payments since August last year as the budget allocated for this purposes had already been exhausted. In addition to not paying subsidies, the ministry has not been able to allocate additional funds for indigenous urea in the supplementary grants either. In 2014 – 2015, the Indian government had allocated about Rs 72,970 crore for subsidizing the fertiliser industry. Of this, the majority, Rs 36,000 crore was designated for domestic urea sector, Rs 12,300 crore for imported urea, and the rest for the sale of partially de-controlled fertilizers, such as phosphatic and potassic fertilizers.

Urea is provided to farmers at a fixed subsidized maximum retail price of about Rs 5,000 per tonne. The difference between the actual cost of production and the maximum retail price is covered by subsidies. In financial year 2013-2014, this difference was about Rs 43,000 but in case of units using domestic gas as feedstock, the difference can be even four times higher. According to the official sources, the Indian government currently has resources to subsidize also the production of phosphatic and potassic fertilizers.

In India, agriculture accounts for about 16 percent of the country’s gross domestic product and approximately 65 percent of Indian workforce depend on the sector. In order to meet the nutrition demands of 1 billion people, India’s fertilizer consumption has been steadily rising since 1990-1991 and so have fertilizer imports. Aiming to decrease India’s dependence on foreign sources, the government is currently seeking to further encourage domestic production by a complex system of subsidies. Fertilizer subsidies have increased by 560 percent between 2003 and 2011.