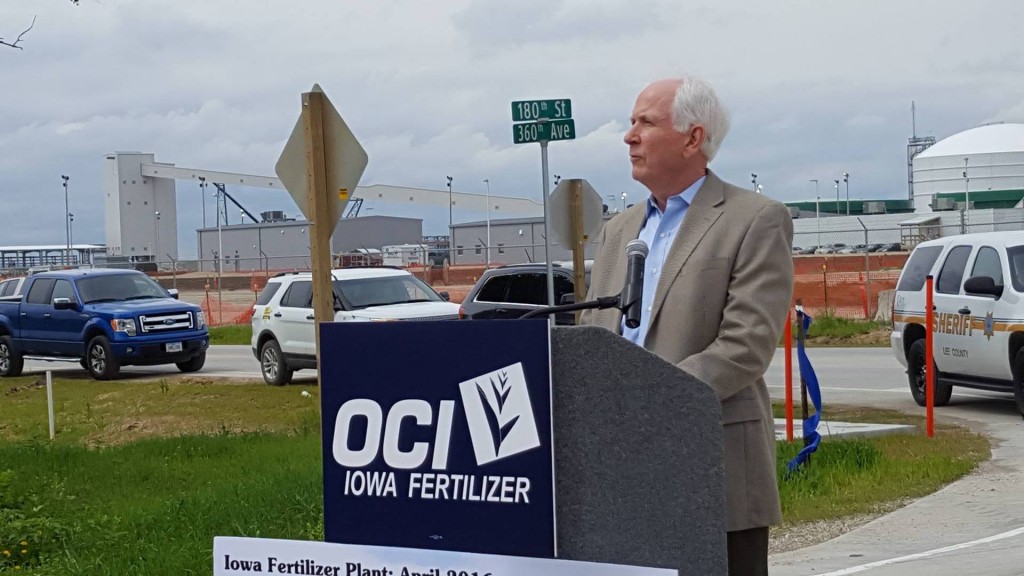 Iowa Fertilizer Co. (IFC) is finally closing the development and construction at its Wever plant that will produce ammonia, urea and UAN, a liquid fertilizer. The project is already more than a year behind schedule and over its original budget. The ground was broken on the site south of Wever in the fall of 2012 and the plant was supposed to cost $1.8 billion and be running by fall 2015. The first tough winter complicated the operations, which got worse by the firing of URS, a San Francisco-based engineering and construction.

Now, Larry Holley, IFC president, said that his company is “looking for production in the first quarter (of 2017)”, adding that “Everybody wishes we were further along”. Mr. Holley also said that the current cost of construction exceeds $2 billion and concluded that “no one likes to spend more money than they want”. He also stressed that this was certainly a milestone in the agriculture sector. While the construction is now about 99 percent complete, the utilities at the plant have been in full operation for months. Subdivisions of the plant have also undergone testing. “A test run (of the whole plant) will be early in the new year,” Mr. Holley said and noted that “we are at that phase of building up. Our people are working on all phases before the commissioning.”

The Iowa Economic Development Authority has been very supportive of the project and has thus approved $107.5 million in state tax credits for the plant. Orascom Construction, parent of the Iowa Fertilizer Co., will, however, not receive any of the tax credits until the plant becomes operational. In addition to these incentives, IFC was also granted local breaks from Lee County, including $133 million in tax abatements over a 20-year period, and it will also receive federal tax-exempt bonds worth an estimated $300 million.