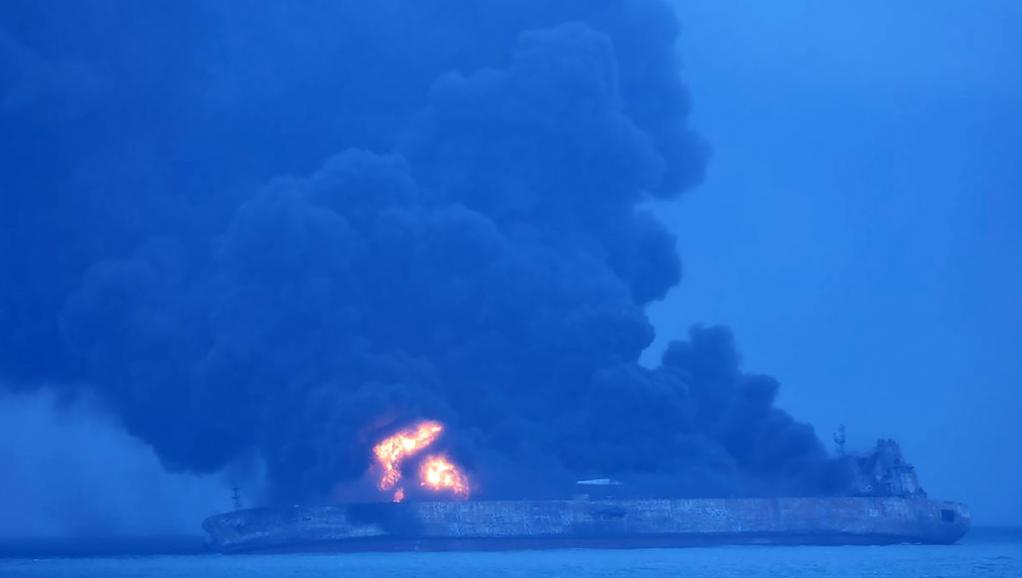 The Sanchi tanker carrying 160,000 tons of Iranian oil collided with a Chinese freight ship, leaving all of its 32-member crewmember missing, the Chinese government informed yesterday (7 January). The thick clouds of dark smoke combined with bad weather have been making rescue operations difficult. The Sanchi was run by Iran’s top oil shipping operator and it caught fire after a crash with the CF Crystal about 160 nautical miles off the coast near Shanghai and the mouth of the Yangtze River Delta on Saturday evening (6 January).

The Panama-registered vessel was carrying Iranian ultra crude oil to Daesan in South Korea worth about $60 million. Eight Chinese ships have been sent to take part in the search-and-rescue operation. South Korea has also sent a coastguard ship and a helicopter. It is the first major accident involving an Iranian vessel since international sanctions curbing its export were relaxed in January 2016. “Sanchi is floating and burning as of now,” the Chinese ministry said and added that “there is an oil slick and we are pushing forward with rescue efforts.”

Experts say that the accident could potentially disrupt shipping in and around Shanghai, one of the world’s busiest harbors. It is still not clear how much environmental damage had been caused or the volume of oil spilled into the sea. The last major oil tanker incident was the sinking of the Prestige off Spain in November 2002. The vessel was carrying 77,000 tons of heavy fuel oil and caused a major environmental disaster in Europe after 63,000 tons of its cargo had leaked into the Atlantic.