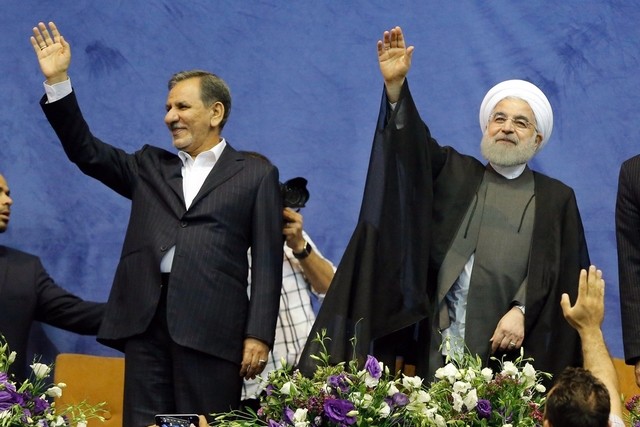 Thanks to the reelection of Hassan Rouhani, Iran has high hopes to sign huge deals with major oil companies such as Total and Lukoil this year. The country is also planning to step up its oil production by adding about 25% of its production capacity in the next five years thanks to new projects with foreign companies.

This will also include the development of new oil fields as well as improved oil recovery from mature reservoirs that should allow Iran OPEC’s No. 3 oil producer to pump 5 million barrels per day, corresponding to 5 percent of the world’s crude versus 4 million bpd that it is pumping now. Gas condensate output capacity is also poised to go up, from 600,000 bpd now to 1 million bpd.

According to Iran’s veteran oil minister, Bijan Zanganeh, one important step towards stepping Tehran’s efforts in oil industry was the election “because in this election Iranian people said ‘yes’ to positive interaction with the world,” he said in Vienna after an OPEC meeting. “I hope this message will be understood positively … especially by the superpower in the world,” he said, echoing the current somewhat belligerent position of the United States towards his country.

Washington has had sanctions imposed against Iran since the 1979 Iranian revolution and US President Donald Trump said that it was time to impose new sanctions against Iran. Mr. Zanganeh, however, said that now is not the time to trigger actions against Iran because, as explained, “it (the election) is a very clear message to the world. More than 60-65 percent of Iran’s young people, middle-class people, university students, sent this message. I hope the world receives it positively.”