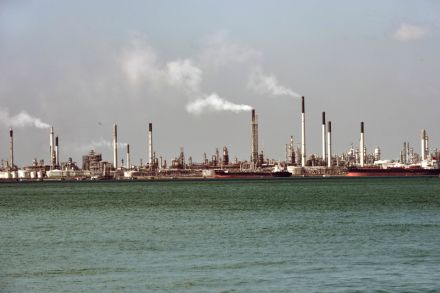 After Iraq, an OPEC member, had announced its record crude production, Brent crude oil prices went down below $50. Iraq’s Oil Minister, Adel Abdel Mehdi, said on Sunday (18 January) that the country pumped 4 million barrels per day (bpd) of oil in December, which is Iraq’s highest ever thanks to the higher production in the terminals in the south of the country combined with a surge in supply from the north. Mr Mehdi said that Iraq intended to significantly increase exports from Kirkuk and the Kurdistan region, which would further boost production to reach 600,000 bpd starting from April. As a result, Brent crude was traded at around $49.40, down 77 cents and U.S. crude around $47.95 down 74 cents.

Oil prices have fallen by more than 50 percent since mid-2014 as production around the world has significantly increased while demand remained rather modest. The International Energy Agency (IEA) said last week that this trend might change during this year but prices can still go further down before they start going up again. Most analysts, however, agree that there is still more supply than demand and the current prices are likely to remain unchanged for some time. Observers add that prices were supported by a drop in American drilling rigs, which probably implies a fall in output in the future.

The current oil prices are moreover influenced by other external factors that go beyond the situation in the oil industry. For instance, the market is expecting the news from the upcoming meeting of the European Central Bank on Thursday (22 January), which is expected to launch its quantitative easing. When government bond-buying starts, the euro is expected to fall against the dollar even further, which will likely add more pressure on oil prices. On the top of the mixed development in the eurozone, China, the world’s biggest energy consumer, reported its weakest economic growth in 20 years yesterday (20 January).