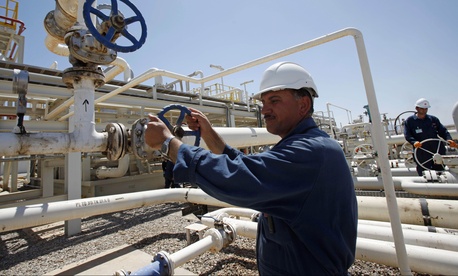 Iraq is looking for international companies to demonstrate their interest in building a new export pipeline from the Kirkuk oilfields in the north of the country that will replace a severely damaged section of the Kirkuk-Ceyhan pipeline. The new project should extend to the Fish-Khabur border area with Turkey and Iraq’s oil ministry set 24 January as the deadline for foreign firms to submit their letters of interest.

The 350-km pipeline which will have the capacity to transport more than one million barrels per day and will be run under an investment model known as “build-operate-transfer,” oil ministry spokesman Asim Jihad said. The Iraqi government therefore also expects that the interested companies will build pumping stations and facilities for crude storage along with the pipeline. Mr. Jihad also said that the project costs must be paid by the companies who can later recover them after operating the project for an agreed period of time. There have been no exports from oilfields in Kirkuk since Iraqi government forces took control of them from the Kurds in November, in retaliation for a Kurdish referendum on independence which was widely criticized and opposed by Turkey, Iran and Western powers.

At the same time, Iraq has also finalized an initial deal with China’s state-run Zhenhua Oil to develop the southern portion of the East Baghdad oilfield. Iraq needs the help of the Chinese company to boost output from East Baghdad oilfield to 40,000 barrels per day within five years as of the start of the development operations, Mr. Jihad commented in a statement. Iraqi oil officials have calculated that the East Baghdad field has around 8 billion barrels of crude reserves and has the potential to produce as much as 120,000 barrels of oil per day.