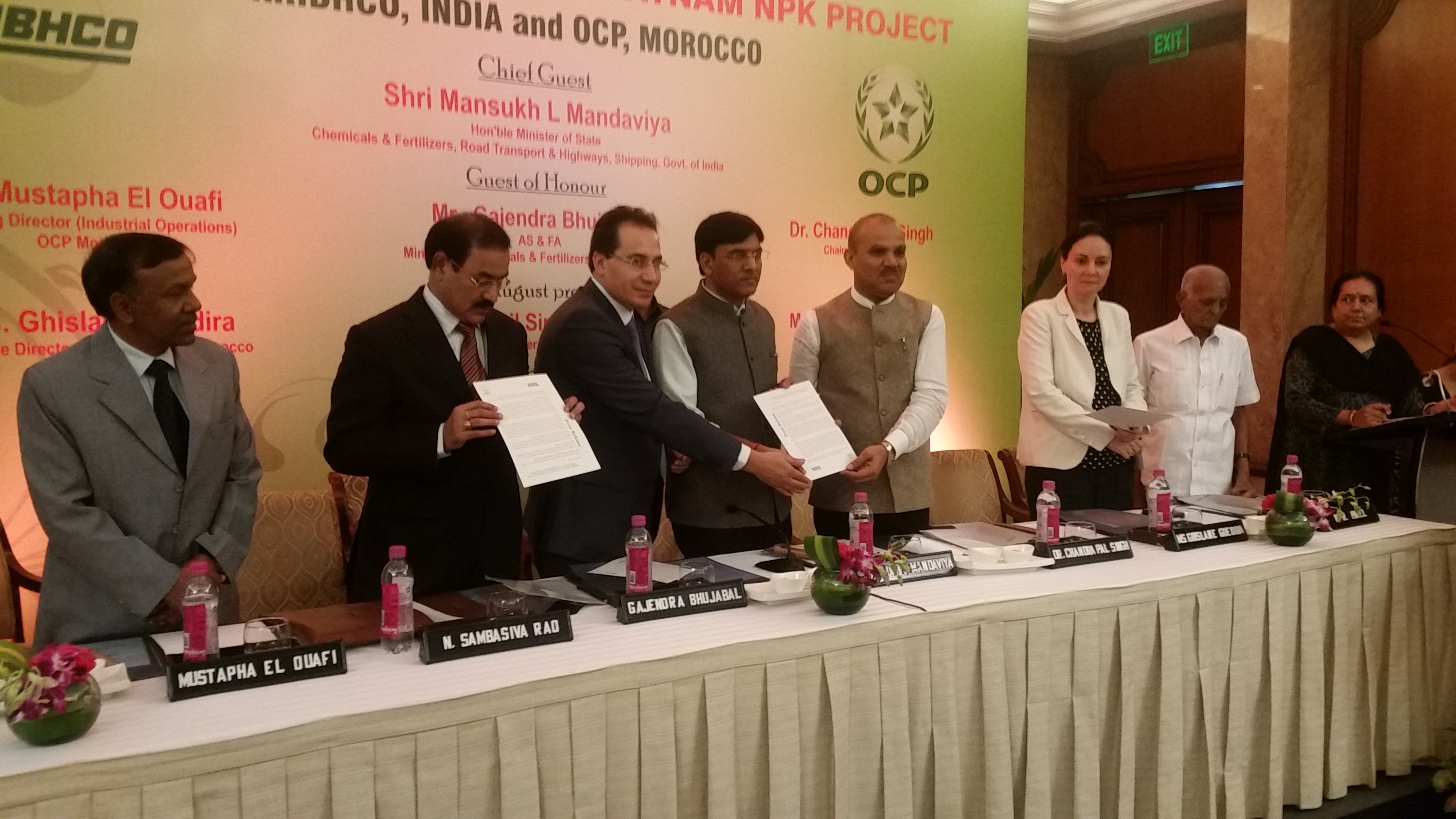 The Moroccan phosphates company, ‘Office Chérifien des Phosphate’ or OCP, and the Indian Krishak Bharati Limited (Kribhco) are joining forces to build a $230 million fertilizer production unit in Andhra Pradesh state, in southern India. The project is co-financed by the two companies and it is poised to produce 1.2 million tons of NPK fertilizer (nitrogen, phosphorus, potassium). The fertilizer production unit is expected to start operations in the summer of next year.

The project was announced on the sidelines of a visit to India of a large Moroccan delegation, led by Minister of Equipment, Transport, Logistics and Water, Abdelkader Amara. The leaders used the occasion to highlight the signing of bilateral deals and memoranda of understanding in several areas, particularly health and the fight against epidemics, telemedicine, railways, roads, port infrastructure and water resources.

The OCP group is one of the leading exporters of phosphate, phosphoric acid and phosphate fertilizers in the world. It has almost 20,000 employees around the world in its several global subsidiaries. In 2016, the company opened a new branch called OCP Africa to lead the development of the group on the African fertilizer market through a network of its offices in 5 African countries. Altogether 14 new branches in sub-Saharan Africa are being planned in this new promising market.

The main countries of OCP Africa’s operation are Ivory Coast, Senegal, the Democratic Republic of Congo, Benin, Cameroon, Nigeria, Tanzania, Angola, Zambia, Zimbabwe, Mozambique, Kenya, Ghana, and Ethiopia. The OCP projects in the continent cover the entire value chain, including the local construction of plants, the development of distribution capabilities and logistics, as well as investment in research for the development of formulas adapted for the soils and crops, notably focusing on the mapping of African soil fertility and respective fertilizer needs.