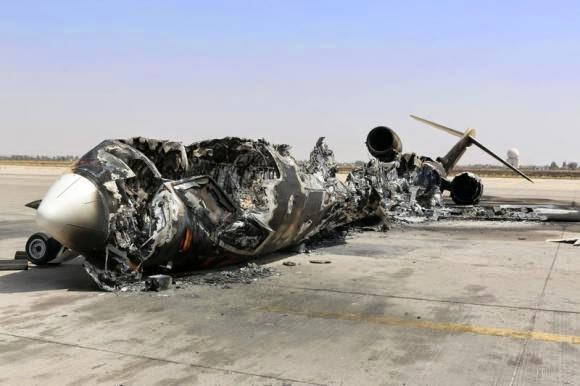 Libya’s oil output recently slipped again after it had already increased since April this year. The current fall in oil production had been caused by renewed fighting around the airport in the capital and in the Eastern city of Benghazi. The El-Feel oil drilling site had to close down last week due to the security situation in Tripoli, where two brigades had been fighting to gain the control of the airport. El-Feel oilfield, run by the state-owned National Oil Corporation, is now guarded by security forces from the country’s north-western Zintan region. National Oil Company spokesperson, Mohamed El Harari, said that the output decreased from about 550,000 to 450,000 bpd during one week.

So far, at least 47 people have died in the Tripoli airport clashes, which has already lasted a week. The clashes involved artillery, anti-aircraft guns, Grad rockets and have been described as some of the heaviest street fighting since the 2011 civil war. Egypt’s Foreign Ministry has already warned its nationals not to travel to Libya after 22 Egyptian soldiers were killed in the border area on Saturday (19 July). The country’s oil reserves have been targeted by armed gunmen on a regular basis since 2011. Last year, a series of demonstrations led to a sharp decrease in oil production to less than 0.7 million barrels a day, which is less than a half of the usual daily output. A contract that was negotiated by a former rebel commander over four important locations in April mostly ended a year-long blockade and slowly allowed Tripoli to recover production and shipping in order to boost oil revenues. Brega, one of the country’s harbours, is expected to resume its operation in a few days after Tripoli has finalized an agreement to end the blockade.