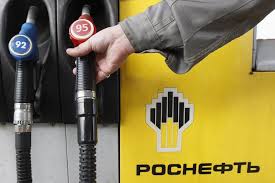 The world’s most valued oil company, ExxonMobil, is struggling with an ordinary journey of an oil drilling rig, scheduled to resume operation some time ago, due to international sanctions against Russia. The journey that should transport the rig called West Alpha from Norway to the Russian Arctic began exactly when Russia was slapped with the next round of tougher sanctions. The company is hoping for a major discovery in the Kara Sea on which it is collaborating with the Russian oil giant, Rosneft. Further sanctions are on their way in the aftermath of the plane catastrophe in Ukraine.

West Alpha is a property of the Norwegian company Seadrill, the biggest offshore rig company in the world, and ExxonMobil contracted the rig until September 2016. Seadrill CFO Rune Magnus Lundetrae confirmed that the rig had already left the Norwegian yard and had been heading for the Kara Sea. The drilling should start in the third quarter of this year. Mr Lundetrae did not want to comment on US sanctions, saying that “we are preparing to drill and will deal with situations as they occur.”

Although the joint endeavour of the two companies does not breach any sanctions, ExxonMobil is facing a major political dilemma as the rig’s journey might be considered a sign that a top US company is supporting Kremlin. The Exxon-Rosneft Arctic exploration will likely cost hundreds of millions of USD, which is believed to show how effective the most recent sanctions can be in disabling US companies to provide new equity to Rosneft. In broader terms, the project will also imply that dealing with Russia, despite the escalation of the Ukrainian crisis, is not a bad thing to do. For Moscow, the exploration mission will become a balancing act between attaining its targets of increasing oil production and government revenue and the risk of putting pressure on foreign partners until they themselves encounter problems with the sanctions.