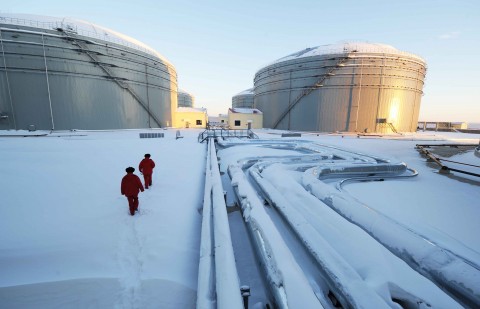 Russia overtook Saudi Arabia as China’s largest oil supplier in May, which marked the third consecutive month that Moscow has beat out Riyadh as the world’s biggest oil exporter for Chinese customers. Russia’s export to China has just hit a fresh record and reflected continuing demand from the world’s most populous economy. China imported 5.245 million tons or around 1.24 million barrels per day (bpd) of crude oil from Russia in June, which is by 33.7 percent more year on year. Last month’s volumes also beat out the previous record in April of 1.17 million bpd.

Russian imports cumulatively surpassed Saudi Arabian imports for the first time. For the first time in five months of this year, Russian imports were 41.8 percent higher than a year ago. “Russian oil remains the teapots’ top pick, suiting them in the way that teapots’ throughput planning was often shorter-term that requires prompt deliveries,” a senior China-based trader commented. Beijing’s total crude oil imports grew 39 percent last month from a year earlier to almost 8 million bpd, which was a biggest increase in more than 6 years. China’s strong demand is driven by many independent refiners, who have been coined “teapots”, due to their relative smaller scales compared to state giants.

These plants have now found their favorite type of crude – Russia’s ESPO grade due to smaller cargo size and geographic proximity as compared to higher sulfur grades from Saudi Arabia and Iraq that have larger shipments and are typically marketed under long-term contracts, which makes them less appealing. At the same time, China is also speeding up approval for crude imports licenses and quotas for independent refiners to stimulate their demand even further.