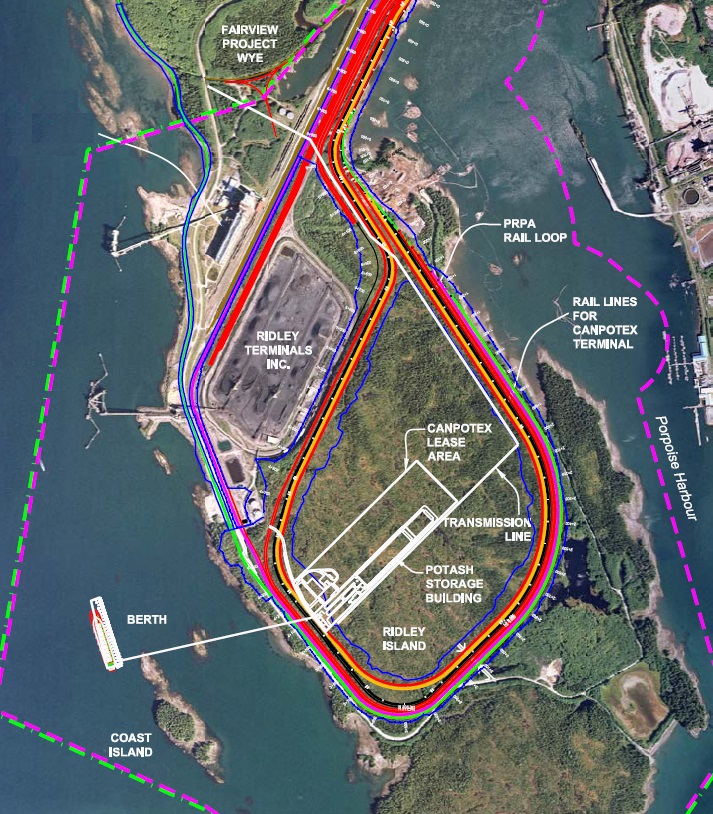 Canpotex Ltd., jointly owned by the three biggest potash companies – Potash Corp of Saskatchewan, Mosaic Co and Agrium Inc. – has put its plans to build a new export potash terminal at the Port of Prince Rupert in British Columbia, Canada, on the shelf, after the company determined that there is not enough demand to move forward. Ken Seitz, Canpotex’s President and CEO, commented that “this decision was made after careful deliberation of Canpotex’s current and anticipated terminal capacity needs, and the options we have to meet those needs”.

Low prices of fertilizer and the oversupply in recent years have hurt producers. In 2014, Canpotex finalized a lease agreement with the Prince Rupert Port Authority to spend $601 million to build a new potash terminal on Ridley Island. The original plans regarding the terminal counted with a potash storage building with conveyor and dust-collection systems and a marine wharf capable of handling vessels with a dead weight capacity of 180,000 metric tons. The new terminal was intended to boost Canpotex’s export capacity while facilitating trade with Chinese consumers more quickly than other facilities along the West Coast. Although Canpotex decided to end its agreement with Prince Rupert, the port has several other expansion initiatives under way.

DP World, the Dubai-based ports operator, said it would further study an expansion at Prince Rupert’s Fairview container terminal to boost its annual handling capacity to 2 million 20-foot containers, or TEUs, from about 1.35 million. Calgary-based AltaGas Ltd. is also interested in the area as it announced earlier this year that it planned to build a natural-gas export facility on Ridley Island near Prince Rupert that could handle shipping of up to 1.2 million tons of propane annually.