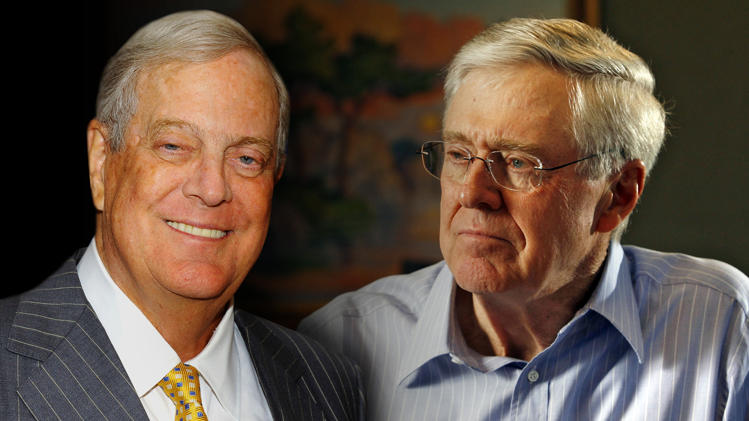 A major U.S. fertilizer company owned by Koch brothers has been accused of trying to drive out of business a minor North Carolina company Eco Agro Resources. The claim by the small agriculture business came in a court filing in the U.S. District Court in North Carolina last month as a result of a patent infringement lawsuit against David and Charles Koch who are among the world’s wealthiest individuals. Eco Agro, which is based in High Point, North Carolina, denied the claim that it had violated Koch’s patent and said that Koch Agronomic had filed a number of infringement lawsuit to stifle competitors. The patent concerns “stabilized” or enhanced nitrogen fertilizer, which is considered more efficient for agricultural crops and is thus in high demand. Stabilizers decrease the dissipation of nitrogen into the air and ground water thus mitigating pollution and increasing crop yield.

A spokesperson of Koch Agronomic said that the claims that Eco Agro had used against the company are without merit and that Koch is planning to file a motion seeking to have the claims dismissed. The company’s CEO, Andrew Semple, said that Koch’s new N-Yield product and its market-leading Agrotain each contain three ingredients, two of which are the same: N-(n-butyl) thiophosphoric triamide (NBPT) and propylene glycol. Yet, Eco Agro argues that the third ingredient is what really differentiates N-Yield from other products. “We’re not trying to impersonate their product,” Mr Semple said. The North-Carolina-based company, however, says that a patent was obtained from the U.S. Patent office by a previous owner based on an earlier claim that was rejected by the European Patent Office. Eco Agro further claims that the market dominance of Koch brothers is furthered by an exclusive supply deal with the only U.S. manufacturer of NBPT, the main active ingredient in enhanced nitrogen fertilizers. Thus, competitors do not have another option but to buy the product from China.