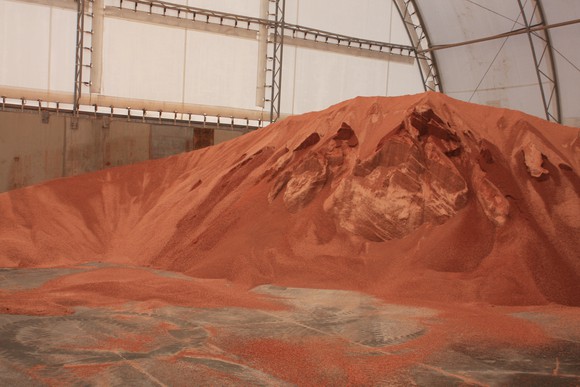 $219 is the price that Chinese customers will pay for potash from the Belarusian state-producer Belaruskali. The price that is 30 percent lower than last year has not been seen in almost 10 years. Potash Corporation of Saskatchewan thinks that although the price could have sunk even lower, it seems the market has already reached its bottom.

In 2013, the Belarusian Potash Company, a potash cartel, broke up into Belaruskali and Russian producer Uralkali. Since then, the company’s pricing has been falling down. The price for potash before the breakup was $400 per metric ton but immediately after the breakup it fell to $315 per metric ton. However, following the delays with signing a contract between China and potash companies this year, some analysts speculated that the price may even fall to around $200 per metric ton. While the deal signed with India for $227 per metric ton brought some speculations that the price might not end up too low, there were still concerns about the price that China would negotiate as the world’s biggest importer of potash.

Potash producers have been experiencing dramatically low prices worldwide and PotashCorp admitted that the average realized price was just $178 per metric ton in the first quarter, 37% below the $284 it had realized a year ago. Mosaic and Agrium also reported lower selling prices of $207 and $199 per metric ton, respectively. However, despite low prices and the ongoing oversupply in the market, PotashCorp thinks that this year’s deals will actually be the bottom and there are prognoses that potash prices might rise next year. These forecasts are based on the observation that in the past China was also delaying contracts or even did not sign any, which was followed by an increased demand and rising prices.