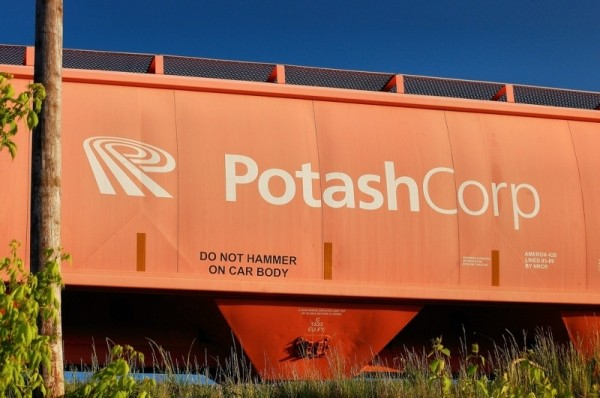 Moody’s, one of the three major rating agencies, downgraded on Friday (4 November) the credit rating of Potash Corp. of Saskatchewan due to concerns over a longer-than-expected fertilizer slump. The news comes just before the company’s giant merger with competitor Agrium Inc. The agency has downgraded the Canadian company’s rating to Baa1 from A3, adding that its credit measures are likely to weaken due to lower fertilizer prices and the possibility of increased market volatility as new fertilizer capacity comes on stream by 2018.

“Although management has taken significant steps to retain the A3 rating, market conditions will make it extremely difficult for the company to generate credit metrics that would support the A3 rating over the next two years,” John Rogers, Moody’s Senior Vice-President, said in an official statement. Potash’s Corp has declined to comment on the downgrade. Just at the end of last month, the company’s CEO Jochen Tilk said that potash prices had improved in the third quarter and were to rebound in 2017. The potash giant nevertheless posted its second smallest quarterly profit per share in almost 12 years.

Potash Corp is being scrutinized by analysts and industry observers due to the pending merger with Agrium, which still needs an approval of regulators. Interestingly, Agrium might get an upgrade precisely thanks to the merger. Its ranking is still being reviewed. A major scrutiny has been caused by the fact that it is not clear what the merged company’s financial priorities for cash will be for the next years. Last week, Potash and Agrium shareholders overwhelmingly supported the merger with their votes. The whole industry is struggling due to falling prices and profits while farm incomes have been affected by lower crop values.