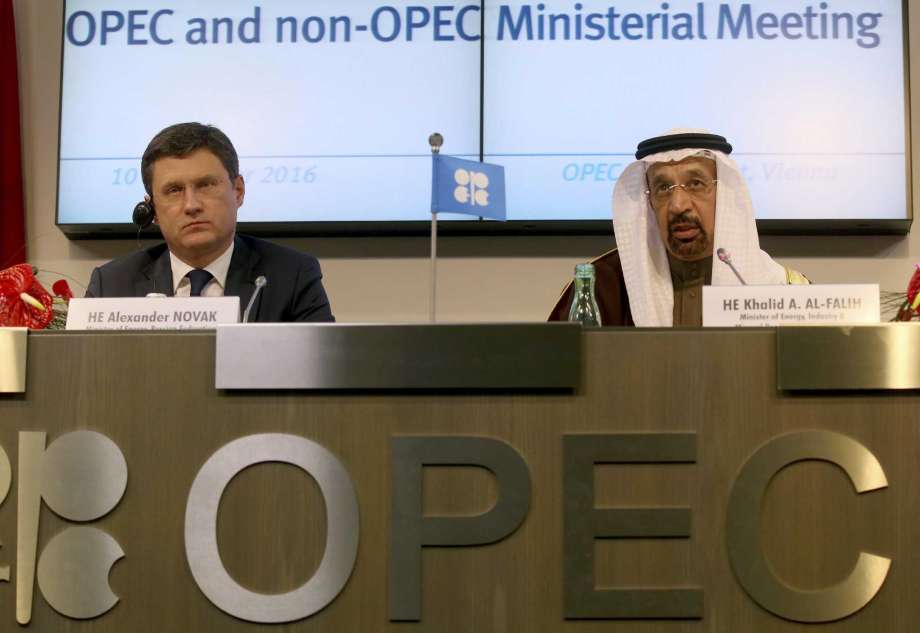 Saudi Arabia is committed to sticking with the petroleum output freeze for the remainder of this year even if it means to “overbalance the market a little bit”. This announcement by the top Saudi oil official, Khalid al-Falih, came a day after an International Energy Agency (IEA) report hinted that a new wave of US crude production could undermine the Saudi efforts to increase petroleum prices with its output cuts. “We believe we have to err on the safe side and make sure that the market has balanced,” Mr. Falih said. “And if we have to overbalance the market a little bit, then so be it.”

OPEC and its 10 allies, including Russia, started their long-term effort to draw down a global oversupply of oil by decreasing their own output. The 1.8 million-barrel-a-day effort has helped drain oil in storage and helped raise prices as high as $70 a barrel last month. Crude prices have fallen, prompted by investor worries about US crude output, which the IEA said Tuesday was growing at a record pace. There are signs that the current pace could rival Russia’s production soon.

Mr. Falih, however, said that he wasn’t concerned about US output. He pointed instead to oil-storage levels going down in the Organization for Economic Cooperation and Development (OECD), a sign that the world’s oversupply of oil is lessening. “You have to look at it from a bigger perspective,” he said. “What matters to me is inventories are going in the right directions and supplies are in the right direction.”

Mr. Falih and his Russian counterpart, Alexander Novak, both rejected the idea of preparing the market for a so-called exit strategy from the OPEC output cuts – an idea widespread among some analysts that the market needs to be prepared for the end of their output freeze deal. “We have to think about exit only when the market balance is achieved,” Mr. Novak said.