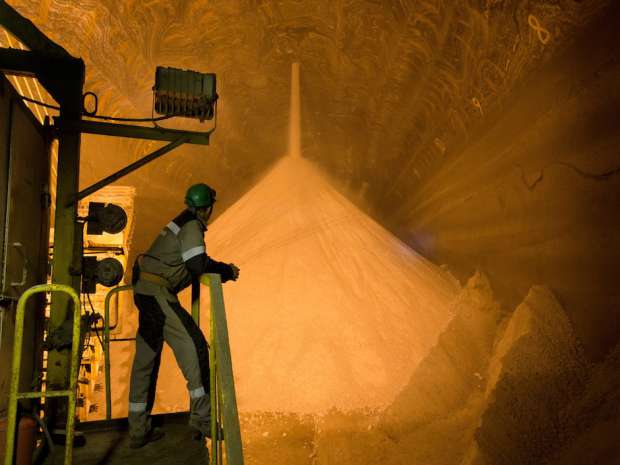 Uralkali, a Russian potash fertilizer producer and exporter, has finalized a contract to supply the fertilizer to China, following in the footsteps of Belarusian Potash Co. and Israel Chemicals Ltd. The company’s volumes under the deal will total 600,000 metric tons of potash, not including optional deliveries. Uralkali will supply potash to Sinochem Group, China National Agriculture Means of Production Group Corp., or CNAMPGC, and Cnooc Ltd. starting this month through January next year. While the company did not provide specific details about the pricing, it will be in line with the market, it said.

Belarusian Potash has previously set the price at $219 per ton, thus also setting the benchmark for sellers and buyers around the world. Under its contract, it plans to supply 1.3 million tons of potassium chloride to China. Canada’s Canpotex Ltd., the Canadian joint venture that represents potash-export sales for Potash Corp of Saskatchewan, Mosaic Co. and Agrium Inc., said that it would only sign deals with China and India till the end of this year as the company expects prices to go up in 2017.

After China has postponed the signing of the contracts to June and July this year, potash prices fell to their lowest level in ten years. China is the largest consumer of potash in the world and its system of contracts for supplies has a significant influence on the structure of the global potash market. Uralkali is the world’s biggest potash fertilizer producer by volume. The company produces standard and granular potassium chloride (KCl) and supplies it through its own traders to over 60 countries, with the major markets including Brazil, India, China, Southeast Asia, Russia, USA, and Europe. Its assets consist of 5 mines and 7 ore-treatment mills situated in the towns of Berezniki and Solikamsk of Russia’s Perm region.