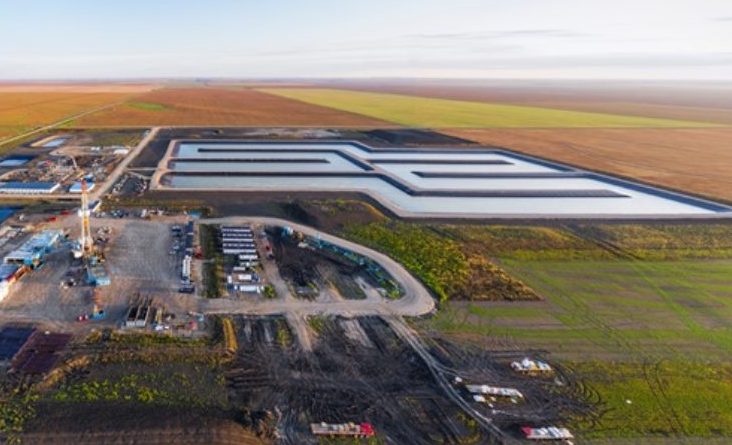 Western Potash Corp. (WPC), the wholly-owned subsidiary of Western Resources Corp., has received an updated NI 43-101 compliant Mineral Resource Estimate for its Milestone Phase I Project in southern Saskatchewan, Canada. The National Instrument (NI) 43-101 Standards of Disclosure for Mineral Projects Technical Report was prepared by Agapito Associates, Inc. (AAI) and SNC-Lavalin (SNCL) with an effective date 24 September 2019. The report presents the results of the engineering design studies prepared by SNCL and AAI for a pilot-plant scale, selective solution mining operation located within Saskatchewan Subsurface Mineral Lease KLSA 008.
The Phase I Project has been advanced through the Feasibility Stage to Engineering Design and then to cavern construction, which was followed by injection of water at ambient temperature from the crystal pond into the underground caverns for circulation and mineral dissolution, a process called ‘Cold Mining’. The technical report summarizes information obtained from exploration drilling conducted during the 2009-2011 period, and details the results from the latest production drilling (based on three-dimensional (3D) seismic surveys) in July 2019.
Based on the economics for the Phase-I Project, Proven and Probable Mineral Reserves have been declared for the production portion of the Phase I Project, which consists of horizontal caverns sited in either the Belle Plaine or Esterhazy Members of the Prairie Evaporite. Because in future, mining could also occur in the Patience Lake Member, tonnages in that member have also been included in the mineral resources for the Unitized Area, which consists of, firstly, a Measured Resource of 154.5 million t (Mt), grading 29% KCl, secondly, an Indicated Resource of 222.5 Mt, grading 29% KCl, and, thirdly, an Inferred Resource of 93.6 Mt, grading 29% KCl.
The total CAPEX for the Phase I Project using a crystallization pond was estimated to be about CAN$128.7 million, which corresponds to AACE International Class 3. The total annual OPEX for the Phase-I Project was estimated at CAN$11.7 million per year (excluding logistics and royalties) or CAN$80/t MOP for 146 000 tpy. Sustaining CAPEX consists mainly of drilling of new caverns and reclamation of mined-out caverns at CAN$17.5 million in 2025, CAN$10.1 million in 2030, and CAN$7.5 million in 2032. Assuming a nominal discount rate of 8%, the economic analysis yielded an after-tax project Net Present Value (NPV) of CAN$55.2 million, with an Internal Rate of Return (IRR) of 17.2%, based on the assumption of full-equity investment and potash price of US$241/t (CAN$321/t).