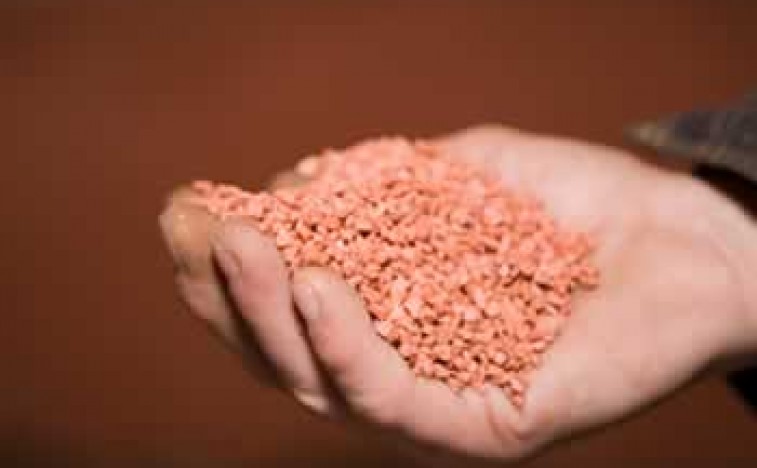 The latest Professional Agricultural Analysis Group (PAAG) UK soil analysis data suggest that 33% of fields (including both arable and grassland) are below index 2- for potassium. These soils will require an application of potassium (K) to replace what has been removed by the crop during the season and an additional amount to build up the soils to a target of 2- (for arable, grassland and forage crops). This is the basics of the recommendation system in the Fertilizer Manual and are the principles by which both phosphate and potash have been managed for years. Calculations of correction quantities and timescales for application can be made using the PDA P&K Nutrient Calculator app.
An additional 29% of soils are at the target index of 2-. These soils do not require any build-up application, as they are at the target index already, however that does not mean applications can be omitted. A ‘maintenance’ dressing is still required to replenish the quantities removed by crops each year to ensure that these soils do not slip over time and are still capable of delivering the large quantities of potassium required for crops through the season. A further 18% of soils are at index 2+ for K, where there may be a small requirement for potassium (particularly for grassland and forage crops, but also some arable crops depending on yield and residue management). Only 21% of soils are at index 3 or above, where typically potash is not required (except for vegetables and high yielding grass and forage crops).
This data would therefore suggest that nearly 80% of soils should be receiving a dressing of potassium each year, however this is not quite the case according to the latest findings from the Defra published British Survey of Fertilizer Practice. The actual figure for Great Britain is just 43% of crops and grass that are receiving an application of potash annually. This is only slightly greater than the percentage of soils below the target index of 2-, which might suggest a tendency to ‘overlook’ the maintenance requirement at index 2- on farm.
Available data on the dressing covers by some of the major crops show the range that occurs between crops, with stronger focuses on potatoes and spring barley, likely to be as a result of compound fertilizers applied at drilling. This also shows that where potash is applied, the rates largely appear reasonable, further strengthening the suspicion that maintenance applications to target level soils are being missed. Of course, this data does not take into account the nutrients supplied through manures, slurries and other organic materials, however there is too great a discrepancy to be accounted for by this alone.
It is also important to look at the difference between the area recorded as not receiving an application of potash and the area that would be unlikely to require much, if any. Such an analysis will indicate the difference where potash applications are likely to prove beneficial, if not for the immediate benefit of the crops in the ground, certainly for the long-term benefit of the soil status and therefore future cropping.
With the extremely wet autumn in large parts of the country in 2019, farmers and advisors will need to target their inputs and advice better than ever to lessen the financial burden of an already difficult season. Although phosphate and potash responses cannot be seen as easily as nitrogen responses in the year of application, omitting them can have damaging knock on impacts, meaning small savings in one year can lead to much greater costs in following years. Where yield has been compromised, whether through late drilling, poor establishment or a switch to spring cropping, offtake values will be lower next year, therefore there may be some scope for tailoring recommendations accordingly, however cutting them out altogether would not be an appropriate response.
Another consideration to bear in mind is the state of rooting of crops, which have been drilled late or into poor seedbeds. Just because we have had a high volume of rainfall last autumn does not necessarily mean a dry spring ahead, but should this be the case, a poor root system will struggle for nutrients and moisture. As we have seen from the last couple of dry springs, potassium is a vital nutrient for protecting crops against the stresses of drought.
‘Recent Trends in UK Potash Fertilizer Use’ – Article by a Team of Authors – Potash Development Association.