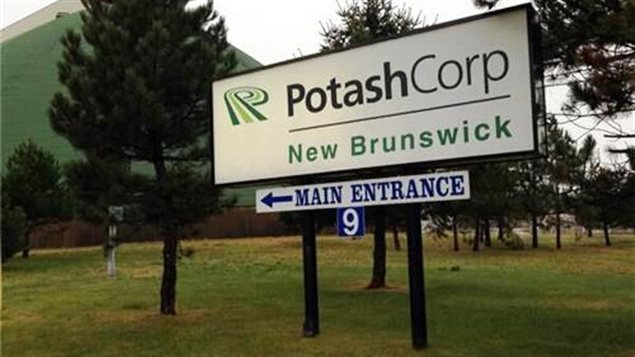 Almost 100 miners were trapped in a potash mine in south-eastern Saskatoon in Canada. The mine collapsed after a fire had broken out and eventually locked up half of the miners working at the mine underground.

According to an official statement, the fire started in a truck at the Allan mine but rescue teams were unable to extinguish it and smoke spread throughout the mine. Spokesperson of PotashCorp, Bill Johnson, said that the smoke was actually the most dangerous thing about being trapped underground. Therefore, 96 trapped miners were sent to one of the mine’s underground shelters.

Mr Johnson said that the rescue teams started bringing first miners to the surface already on Wednesday (11 September) at 11 pm, which is seven hours after the fire broke up. Unfortunately, due to the extensive smoke that had spread since then as well as problems with some of the fans installed in the mine, the air quality remains to be of concern. As a result, some miners were sent to refuge stations were the quality of air is better. As one of the already rescued miners recalled, “it was a big rush to get to the refuge station before the smoke got to us”. Miners were reportedly unsure about what was precisely going on so rushing to and sealing themselves in the stations was chaotic.

Refuge shelters are supplied with food and water as well as with phones so that miners can be in touch with the people on the ground, which helped alleviate the fears of panic. Rescued miners said that the emergency teams called them every two hours to keep them informed about what was going on. There are no reports of injuries from the Wednesday (10 September) accident.