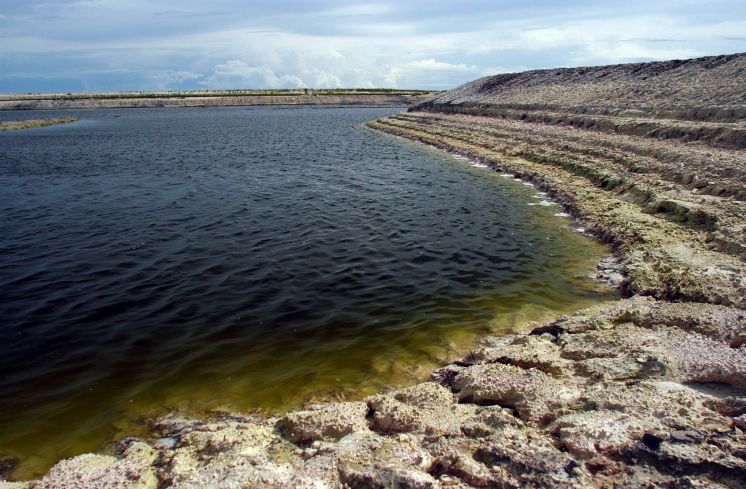 The Florida Department of Environmental Protection (FDEP) has commented on the fix of a giant sinkhole at the Mosaic phosphate plant in Mulberry. Florida officials have reached a deal with Mosaic and issued their marching orders for the company to follow as it fixes the sinkhole that resulted in millions of gallons of contaminated water pour into a drinking water aquifer. FDEP have ordered Mosaic to seal the hole, recover pollution and boost monitoring of groundwater impacts. The company must also make sure that it recovers all discharged water from the sinkhole as well as verify the long-term effectiveness of the repair work.
The company commented that it was committed to containing the pollution onsite so that it does not affect the community and the environment. In a statement, Mosaic officials said that “ensuring the safety of our community and employees, and the proper management of environmental resources, continues to be our top priority as we remediate the sinkhole.” Mosaic is required to cover as much as $40 million for the remediation, and faces fines of $10,000 per day for not complying with the order.
The sinkhole was discovered in August and it has been monitored by Mosaic, the Department of Environmental Protection and the US Environmental Protection Agency (EPA) ever since. A private firm testing hundreds of private wells said it has found higher-than-drinking-water levels of radiation in a few wells. The levels are above the EPA drinking water standard of 15 gross alpha picocuries. However, these findings do not necessarily mean that the radiation came from the Mosaic’s sinkhole. Instead, it could have been caused by the phosphate rock in Florida’s “Bone Valley” region.