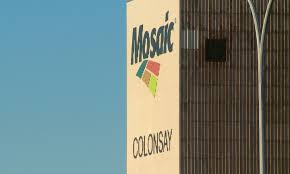 Mosaic Co, the biggest US producer of potash fertilizer, announced it was planning to cut its production due to cheap crops, which continue to impact farmers’ demand for agricultural products. Moreover, delayed purchases from North American and Brazil have also negatively affected themarket since the beginning of August. The company will start decreasing its output at its potash mine in Colonsay in Saskatchewan while maintaining slower production of phosphate fertilizer.
Potash and fertilizer manufacturers such as Mosaic or Potash Corp of Saskatchewan have endured a 17 percent decline in spot prices for the nutrient in 2015. They are therefore readying for further cuts in the wake of new capacity and falling crops prices. Some analysts predict that the price of potash could go further down by 8 percent next year, which could lead to a record oversupply and even lower prices. Mosaiccommented in a statement that“currency volatility, lower grain and oilseed prices, political and economic uncertainty, as well as global equity market declines have adversely impacted market sentiment”.
The analysts of Macquirie Capital Ltd. cut their forecast for next year’s potash prices by 7.6 percent to $254 a ton, which could be the lowest price since 2009 for potash and urea fertilizers. After Mosaic had issued a statement regarding production cuts, it fell 6.4 percent to $34. The price of share for Potash Corp. of Saskatchewan Inc., the world’s number one potash producer, dropped as much as 4.6 percent.Other farm supplier companies have been likewise hit by cheap crops. For instance, Monsanto Co., the world’s largest seed company, envisagescuttingits expenditure by as much as $500 million due to low commodity prices and weaker foreign currencies.