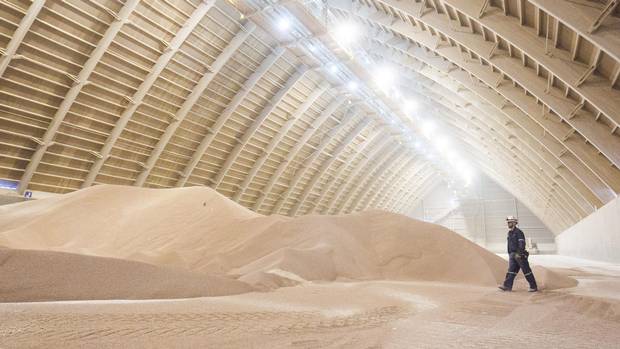 Some analysts think that the €7.85-billion proposal of the Potash Corp. of Saskatchewan Inc.’s to buy its largest European competitor is now more attractive after the crop nutrient priceshave decreased. The offer submitted by the Canadian potash giant in June was subsequently rejected by K+S AG as being too low. However, since mid-2015 potash prices in the United States have declined by 12 percent and some suggest that further declines are very likely. Last week, Mosaic Co., the largest US producer, said it was decreasing production due to weaker demand.
Given these circumstances, share prices of potash producers have fallen and K+S AG traded at €28.62 last week. In this light, Potash Corp.’s €41-a-share offer seems much more attractive. Jeffrey Stafford of Morningstar Equity Research commented that “we’re certain management believes €41 per share undervalues K+S, we think the offer considerably overvalues the company.” Mr Stafford also stressed that his fair value estimate for K+S is €24 a share. Neither of both sides has commented yet on the impact of the potash price on the possible acquisition. However, Potash Corp’s CEO, Jochen Tilk, reiterated his belief that “our offer has been fair and attractive and given the economic environment, I think it’s even more attractive”.
Taking over K+S AG would provide Potash Corp, the world’s largest potash producer, with numerous opportunities. It would not only enable the company to mine in Germany but it would also give it the control over the Legacy project, a new mine being constructed in Saskatchewan. The acquisition is being closely observed by the industry. If Potash Corp buys its European rival, it will gain even greater market share than it has now. The fight for market share is expected to intensify due to low prices. The previous strategy to boost prices by voluntary decision to cut output does not seem to work anymore.