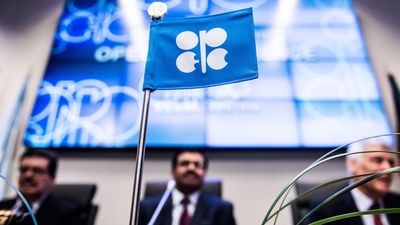 Non-OPEC producers yesterday (30 October) refused to commit themselves – in the face of pressure from the members of the Organization of the Petroleum Exporting Countries (OPEC) –to curb their oil output in order to prop up crude prices. Although it had been the cartel’s goal for a long time to bring major non-OPEC producers onboard to pursue this policy, non-OPEC countries still did not make any specific suggestions to whether or how they planned to tame their production.

Leaders from OPEC countries and non-OPEC nations including Azerbaijan, Brazil, Kazakhstan, Mexico, Oman and Russia met in Vienna over the weekend and the only thing they managed to agree on is that they would meet again in November before a scheduled regular OPEC meeting on 30 November.

However, before the meeting, members of the cartel could not agree among themselves on how to implement their policy to limit output due to Iran’s objections, which had been unwilling to freeze its production in an attempt to catch up with its pre-sanctions levels. However, both OPEC and non-OPEC countries said in a joint statement that the meeting showed “a positive development” towards reaching a global production limiting agreement on 30 November.

Non-OPEC Kazakhstan’s Vice-Minister of Energy, Magsum Mirzagaliev, however, said that it was finally important to agree on the real figures. “It is important that we meet once again with detailed numbers. We agreed that we have to meet in 3-4 weeks with numbers, because every country has his own opinion,” he said. Last month, OPEC made its first modest cuts of production in Algeria, its first since 2008. The meeting of OPEC experts is not a policy-making body but instead it makes recommendation to the OPEC ministerial meeting.