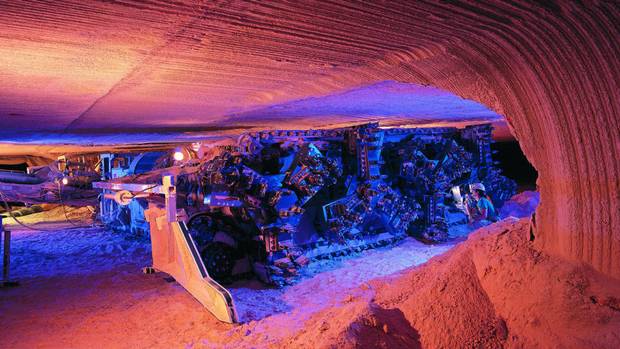 A rise in fertilizer demand has enhanced the prospects of North American potash firms that were hit by falling prices and profits after a European trading consortium collapsed in 2013. Yet, a surplus in potash mining capacity is expected to go up in the next years, which should weight on the global industry with the sector likely preferring cheaper Eastern European manufacturers to North American producers.

This year, the global capacity will reach 82 million tones but the demand is believed to be smaller, even at a record-high level of 57 million tons, the commodity research firm CRU calculated. This gap between the production possibilities and demand is expected to continue to widen for at least six years, when capacity should reach almost 100 million tons in 2020 with the corresponding demand of only 73 million. These numbers are calculated based on the CRU’s assumption that demand will increase faster than it has in the last seven years. In case it will not, the gap between supply and demand will be even bigger.

In addition to the demand-supply mismatch, the industry is going through dynamic developments on both sides of the Atlantic. In Europe, Belarusian Potash Company (BPC), the counterpart of Canpotex Ltd, North America’s potash trading consortium, collapsed last year with one partner considering increasing volumes instead of limiting output in anticipation of higher prices. In North America, the first new mines in Western Canada in 40 years are currently under construction, but will be competitors to Canpotex partners – Agrium Inc, Mosaic Co, and Potash Corp of Saskatchewan.