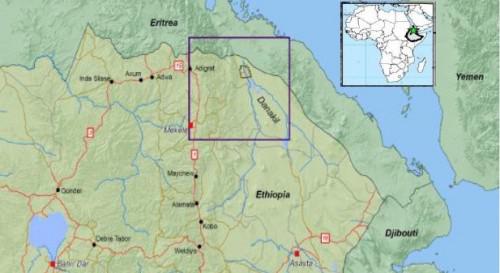 The Norwegian fertilizer company Yara International has confirmed that it is possible to mine potash from the Danakil Depression in Ethiopia. The firm hired an independent body to carry out a study to confirm the potential of the location, which identified an annual output of 600,000 metric tons of sulfate of potash (SOP) over 23 years from the reserves of carnallite, kainite, and sylvinite. Yara is currently looking for partners to join the project and is planning to start mining in the second half of 2018.

In an official statement, the company confirmed that potash at the Danakil Depression will be mined using solution mining technology. The brine that will be produced during the mining process will be evaporated using high solar radiation while the harvest salts will be processed to SOP. Yara intends to manufacture both standard and compacted SOP. When ready, the final product will be transported 790 kilometers to Tadjoura, Djibuti, where a new port including storage and handling terminal is currently being constructed by the Djibouti Port Authority. The project is expected to cost about $740 million and operating costs are thought to be as much as $167 per metric ton.

The Danakil mining project has been embraced by the Ethiopian government, which has committed to guarantee the provision of electric power by building a 130-km power line, Yara said. The government will also build a new road to help mining operations. Allana Potash, a project comprised of four potash concessions situated in Danakil Depression of about 312 square kilometers, is also developing its own project in the location. Its Danakil Potash Project indicates a million tons annually of muriate of potash (MOP), to be mined from the Sylvinite Zone.