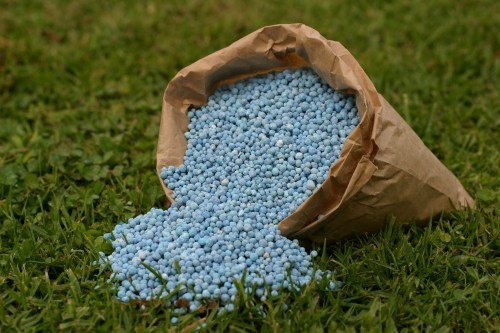 The OCP Group, a Moroccan based phosphate rock miner, phosphoric acid manufacturer and phosphate fertilizer producer, has reported results for the first quarter ended 31 March 2020 (1Q20). The company’s revenues were underpinned by strong export volumes and reached MAD12 270 million (US$1.27 billion), compared to MAD12 422 million (US$1.29 billion) in the same period last year (1Q19). Higher fertilizer exports to key markets were offset by lower product prices compared to 1Q19. Gross profit was MAD7539 million (US$781 million), compared with MAD8372 million (US$872 million) in 1Q19, and gross profit margin was 61% down from 67% in 1Q19. This decrease is mainly due to lower fertilizer prices for the period, which were only partially mitigated by lower sulfur and ammonia prices. Earnings before Interest, Taxes, Depreciation and Amortization, or EBITDA, amounted to MAD3329 million (US$345 million), down from MAD4287 million (US$448 million) in 1Q19. EBITDA margin was 27%. EBITDA rose 48% from 4Q19 levels thanks to higher sales volumes and improved fertilizer prices.
Resilience remains the watchword for the OCP Group’s industrial teams during this challenging period, with the pace of industrial sites being still as high as ever. At the Jorf Lasfar site, the rehabilitation of the sulfur melting points is in full swing, the port not having been affected by the COVID-19 crisis. These melting points, known as Unit 63, are part of the oldest sulfur port facility. Intended for the liquefaction of sulfur by fusion, these eight melting points will allow the Jorf Lasfar site to increase its sulfur transformation capacities to meet its production commitments. The total capacity of Unit 63 will therefore have to reach more than 12,000 tons of sulfur fusion per day.
The OCP Group has always sought to participate in the construction of innovative solutions that will shape the future of agriculture and invests in the support of promising startups. One year after the launch in Brazil of the Intensive Connection acceleration program with its partner Agtech Garage, the Group has selected two start-ups from this program. The selection and deliberation took place online through videoconferencing tools that brought together Group collaborators from Morocco, Brazil and the United States. The acceleration program targets the most innovative solutions focused on soil fertility technologies, plant nutrition and the generation of qualified information to develop tomorrow’s fertilization solutions. Out of the twenty start-ups that were in the running, the jury selected two: The first one, InCeres, is a digital agricultural platform capable of collecting, processing and storing agricultural data, with an emphasis on soil fertility and nutrition. The second, Agripad, is a digital marketplace focused on grains and agricultural inputs, which uses artificial intelligence algorithms to connect sellers and buyers in a direct, optimized and transparent way.