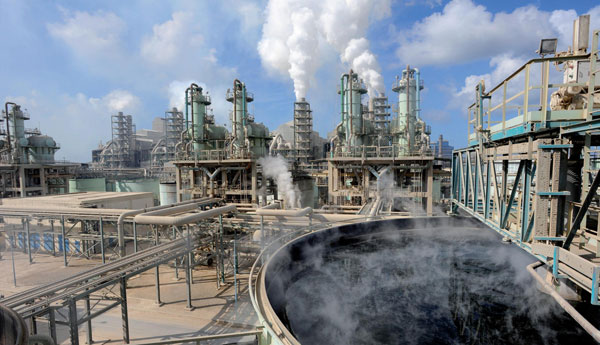 With the world’s largest known reserves of phosphates, mineral resources have traditionally played an important role in the Moroccan economy. As the North African country’s government has worked hard to diversify its economy, the extraction and processing of a wider variety of its mineral resources has been identified to be a strategic imperative for future economic development. While the authorities have established the country as a major exporter of phosphates, over the past few years they have been looking to diversify the sector towards other minerals. Thus, the government has implemented a series of initiatives and revamped the regulatory framework aimed at attracting domestic and foreign investment into the exploration of less-developed segments of mining activity. While some operational and regulatory improvements are still being worked on, the industry has a solid base from which to grow. Mining is one of Morocco‘s top source of exports, accounting for 20.9% of the total, and there were more than 40,000 people employed in the sector as of 2018.
Morocco, which is the world‘s largest exporter of phosphates, holds 75% of the known global reserves. Mining accounts for 10% of GDP, but roughly 90% of extraction is phosphates. The processing and export of phosphates, fertilizers and phosphoric acid is handled by the OCP Group. The company has a 65% market share in the phosphate-based fertiliser market in Africa, and has been investing heavily in production to further expand its presence across the continent. But apart from phosphates, Morocco has also sizeable reserves of copper, salt, iron, zinc, gold, lead, fluorine, silver, manganese and cobalt. Here, another key player is Managem, the industry’s largest private operator, that produces fluorine, copper, cobalt, silver and copper in Morocco, and is developing mining operations in Sudan, Guinea, the Democratic Republic of Congo and Gabon.
Moroccan government’s efforts to attract new investors to intensify exploration efforts are paying off, as a growing number of foreign mining companies are present in the country. For example, in 2018, UK-based firm Altus Strategies was granted six exploration permits to search for tin, copper, zinc and tungsten across several locations. In 2019, Canadian firm Maya Gold and Silver launched commercial production of silver out of its Zgounder mine. Australian firm Kasbah Resources holds a 75% stake in the Achmmach Tin project, which is scheduled to start production later this year. The government introduced several incentives to attract investors. Mining companies that export their output or sell it to processing companies for subsequent export can benefit from a reduced corporate tax rate of 17.5%. The state also contributes to mining development, as projects involving an investment of over Dh200m ($20.8m) can benefit from government contributions to the cost of basic infrastructure such as roads or water access.