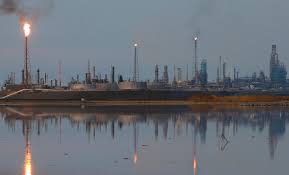 Global oil markets are rebalancing fast following a falling supply from Venezuela, which has posted last year’s biggest unexpected production fall and could see further drops this year, the International Energy Agency (IEA) commented last week. Venezuela has been forced to cut production due to debt and infrastructure problems, which made December production fall to 1.61 million barrels per day (bpd), about a 30-year low. This propped crude price to $70 per barrel in early January, the highest price in three years.

“The general perception that the market has been tightening is clearly the overriding factor and, within this overall picture, there is mounting concern about Venezuela’s production,” the IEA said in its monthly report. “Given Venezuela’s astonishing debt and deteriorating oil network, it is possible that declines this year will be even steeper… US financial sanctions are also making it tougher for Venezuela’s oil sector to operate”.

The Venezuelan cut in output helped the OPEC achieve its greatest compliance with its deal to curb production to 129 percent. December also saw output problems in the North Sea, which helped decrease global December oil supply to 97.7 million bpd, down from 405,000 from November. The cartel agreed to power production last year and has agreed to maintain production cuts for 2018 to help lower oil stocks in OECD industrialized countries.

The IEA commented that if non-OPEC compliance is maintained throughout this year, oil markets would balance next year following an exceptional tight 4Q2017, which saw a combined fall of 1 million bpd during that period of falling Chinese balances and declining stocks in industrialized nations.