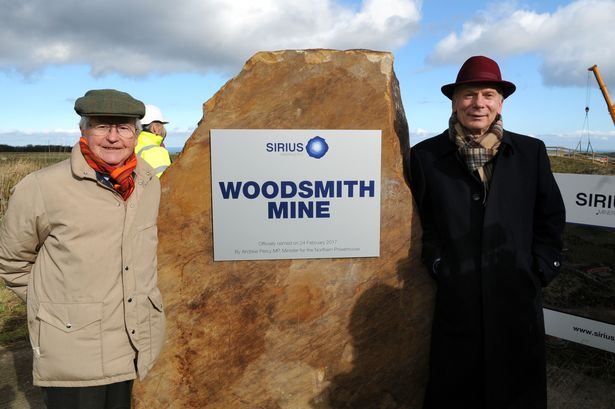 Construction of a huge £2.3bn mine in North Yorkshire is “on time and on budget”. Works started in January last year near Whitby, a seaside town in Yorkshire, northern England, and the mine is to become the world’s largest polyhalite mine. A processing plant that is being built next to the mine will create 1,000 direct jobs and potentially 1,500 more in the supply chain. It is claimed that the site is the “world’s largest high-grade known deposit of polyhalite”, which is a multi-nutrient form of potash typically used as a fertilizer.

The mine is owned by Sirius Minerals and the company has now published its latest quarterly update on its 2017 performance. It says that it remains on track to deliver first commercial production on time and on budget in 2021. Yet, the company also says that the current “diaphragm walling” activities are about 2 months behind timeline due to some delays in commissioning equipment and adverse weather in the latter stages of the quarter. Sirius is nevertheless confident that this loss will be recovered later in the process.

Chris Fraser, Sirius’ CEO, commented that “2017 is a year of great progress for us where we went from really something on paper to something in the ground. The site transformation at Woodsmith is probably the biggest representation of the change and also just the fact we have gone from a small team of people dreaming and planning and having a vision of what we want to do, this year is when it has become a reality.” The production is scheduled to start in 2021 and potash mined just south of Whitby will be transported via an underground conveyor to Teesside processing plant, about 37 km away from the mine. There, the potash will be turned into pellets before being shipped around the world.